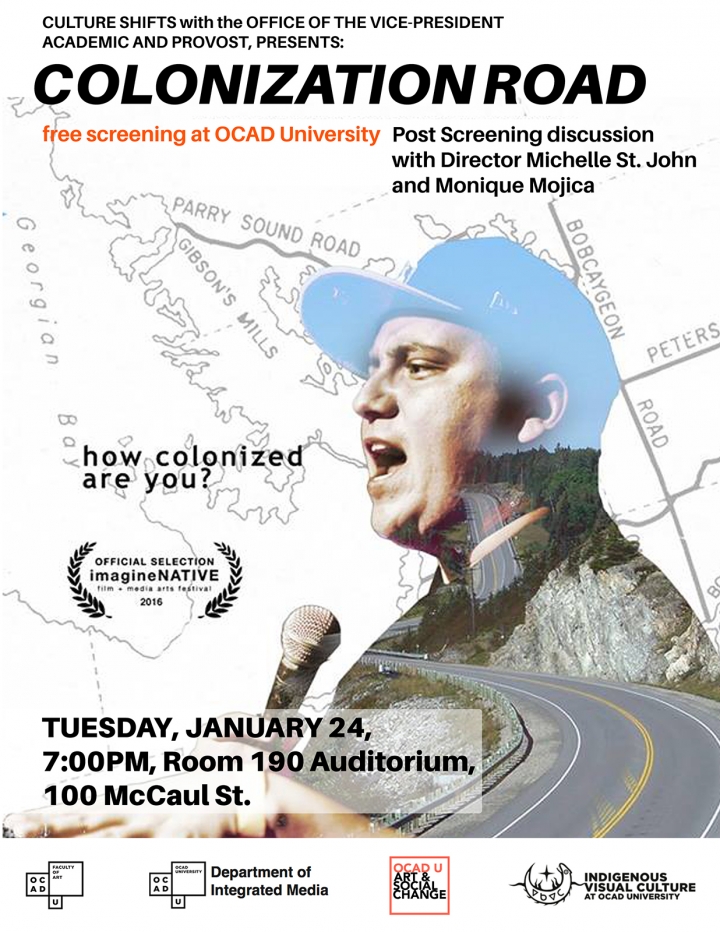 A fascinating look into the lives and thoughts of seven queer pan-Asian Canadians as they look back on a 1984 documentary in which they featured. How have they changed? And how has the world around them evolved and changed?

In 1984, Richard Fung released his seminal first documentary Orientations: Lesbian and Gay Asians. Featuring 14 women and men in Toronto of South, East and Southeast Asian backgrounds, Orientations was the first documentary to explore the experiences and perspectives of queer Asians in North America. Capturing pivotal moments in Toronto’s history, it presents an intimate portrait of the texture of gay live and politics at that time. Re:Orientations revisits seven of the original participants as they see anew the footage of their younger selves, and reflect on their lives and all that has changed over the intervening three decades. Their interviews are deepened and contextualized by conversations with six younger queer and trans activists, scholars and artists. 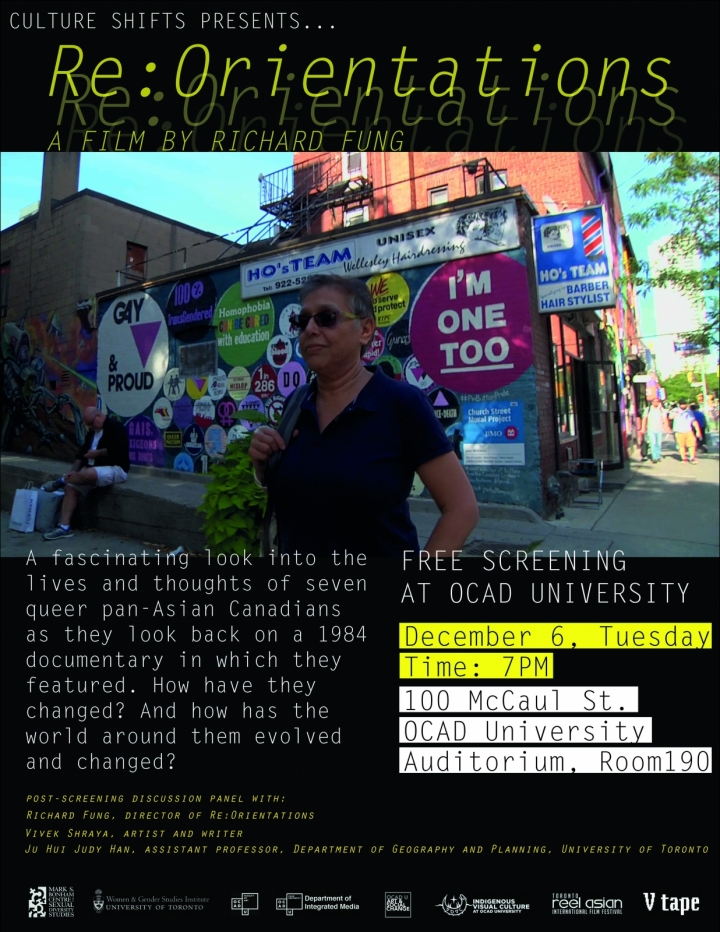 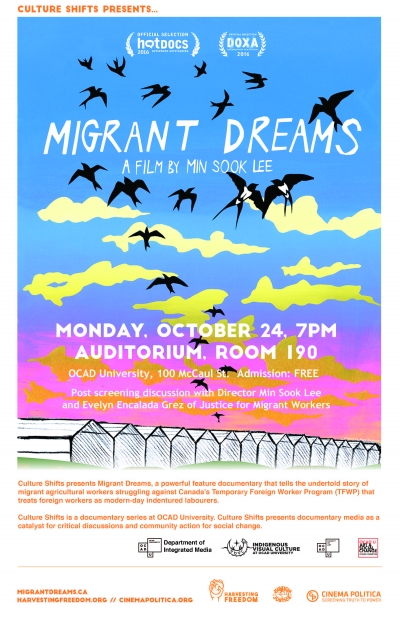 Culture Shifts presents documentary media as a catalyst for critical discussions and community action for social change.   The series is sponsored by Indigenous Visual Culture Program, the Faculty of Art, Art and Social Change, and the Department of Integrated Media.  The screening of Migrant Dreams is presented in partnership with Harvesting Freedom, Cinema Politica and Justice for Migrant Workers. 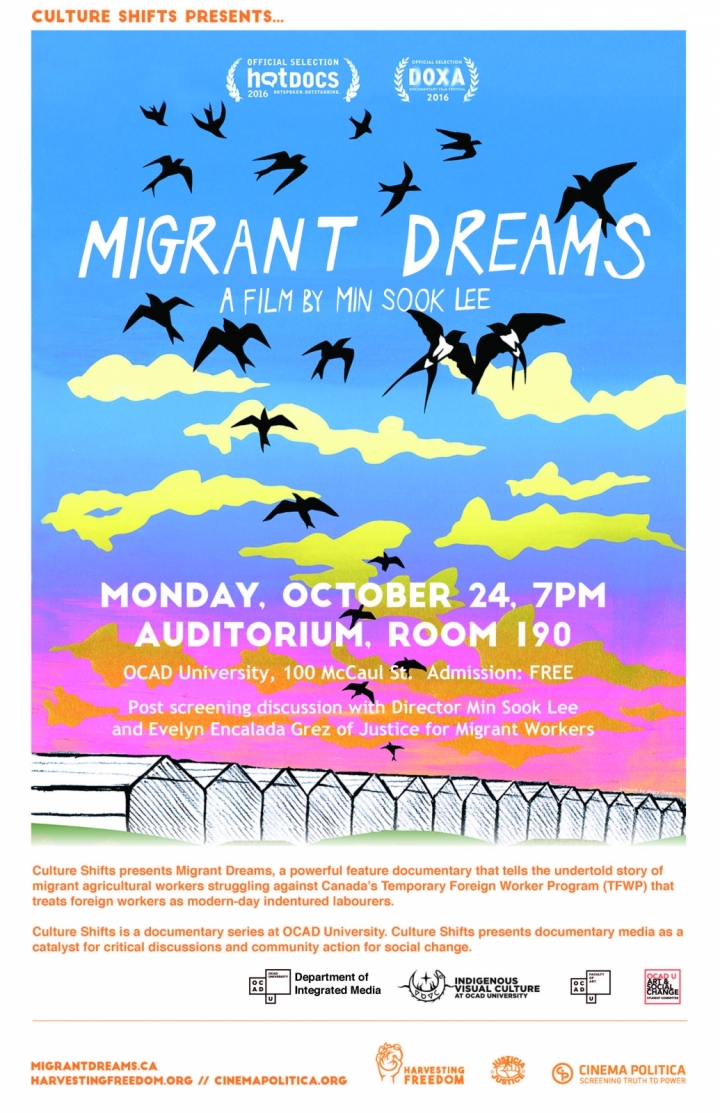 Culture Shifts – a New Documentary Screening Series at OCAD U 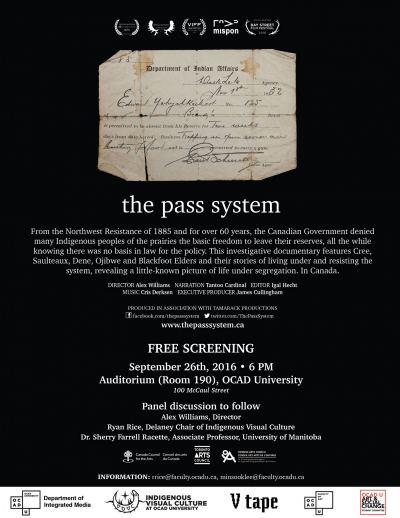 CULTURE SHIFTS – A NEW DOCUMENTARY SCREENING SERIES AT OCAD U

FREE SCREENING of The Pass System

From the Northwest Resistance of 1885 and for over 60 years, the Canadian Government denied many Indigenous peoples of the prairies the basic freedom to leave their reserves, all the while knowing there was no basis in law for the policy. This investigative documentary features Cree, Saulteaux, Dene, Ojibwe and Blackfoot Elders and their stories of living under and resisting the system, revealing a little-known picture of life under segregation. In Canada.

The Pass System was made with assistance from the Canada Council for the Arts, the Ontario Arts Council the Toronto Arts Council, many artist-run media arts centres across the country, as well as community supporters, and was produced in association with Tamarack Productions. 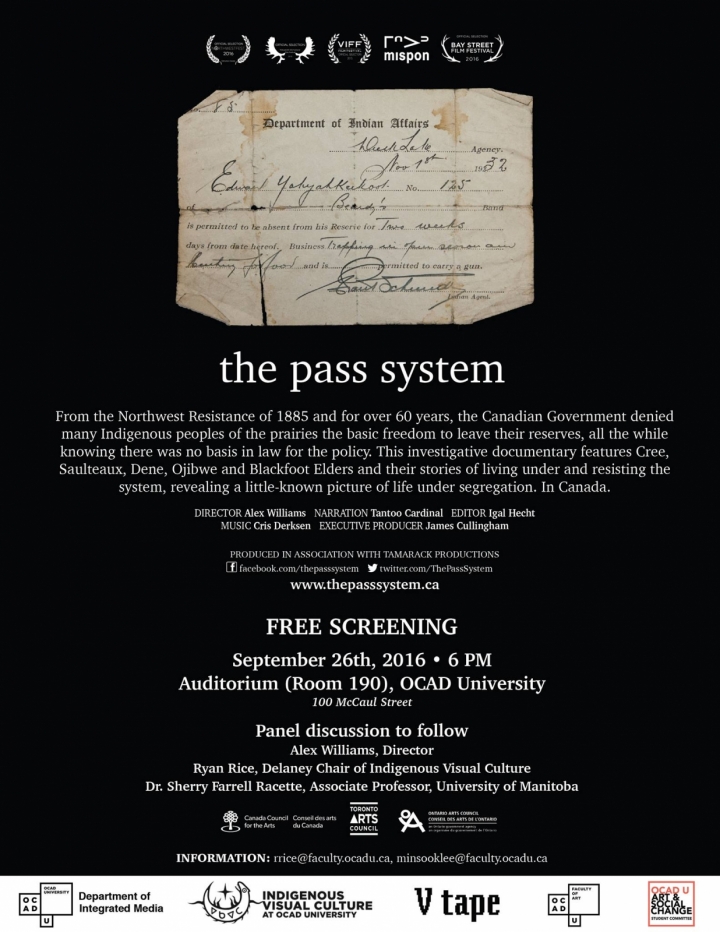