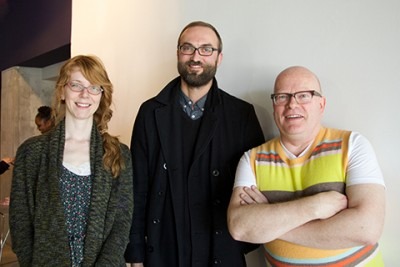 You are invited to nominate one of our many dedicated faculty members and teaching assistants for the awards that celebrate teaching here at OCAD University. Nominations are now open, accepted from students, staff and other faculty members alike, with a deadline of Wednesday, December 19, 2018 at 11:59 p.m.

To complete the nomination form, simply click the link below:

Final results will be announced on the OCAD U website and recipients will be recognized publicly in May and June.

The Price Award for Tenured and Tenure-Track Faculty is presented in honour of JH and Mamie Price. 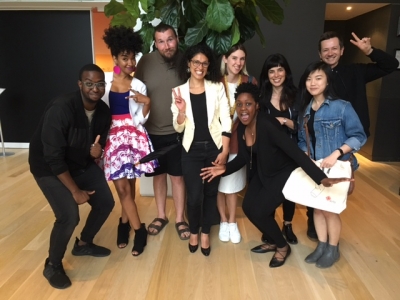 OCAD University celebrated the launch of This Art Works! along with Madeleine Co. and CBC at the Gardiner Museum on July 13.  A new digital CBC series, This Art Works! airing on the CBC Arts online platform, profiles many OCAD U students and recent alumni whose work deals with art and social change.

Dr. Alia Weston, Assistant Professor, Faculty of Liberal Arts & Sciences and Zev Farber, Manager, Centre for Emerging Artists & Designers were instrumental in getting this project off the ground on behalf of OCAD University. 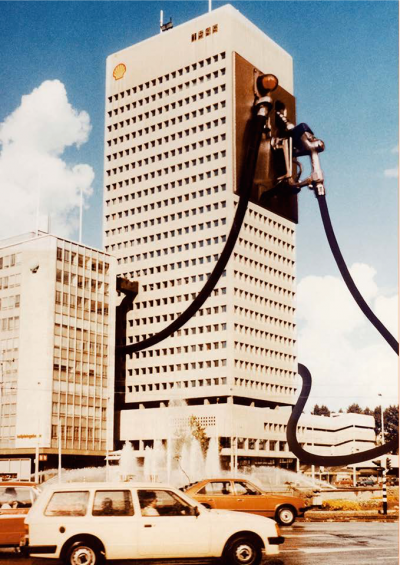 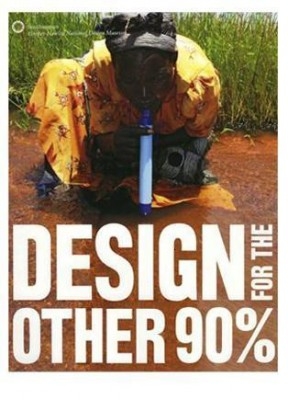 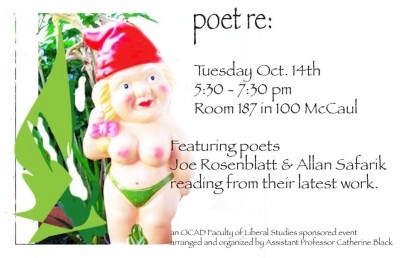 The Faculty of Liberal Studies presents a poetry reading by acclaimed poets Joe Rosenblatt and Allan Safarik. Joe and Allan will be reading from their latest work. All are invited to attend this event. There will be an open mic after the readings.

Fundraising Booksale for the BA in Visual and Critical Studies

The Faculty of Liberal Arts & Sciences and School of Interdisciplinary Studies presents: BA Program Fundraising Book Sale
Wednesday October 21st, 2015 10:00 am to 3:00 pm in the lobby of 100 McCaul St. (MCA)
All funds will support extracurricular activities for the Visual and Critical Studies program students, such as field trips and lectures by international guests.

Venue & Address:
in the lobby of 100 McCaul St. (MCA) All funds will support extracurricular activities for the 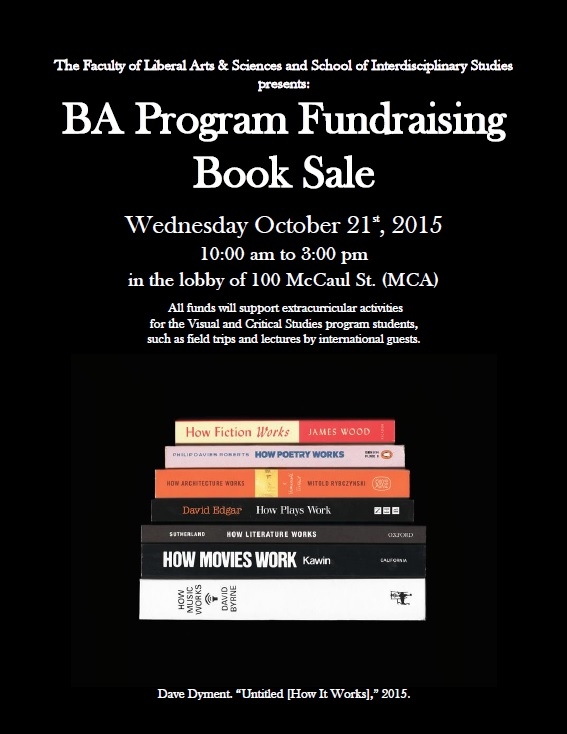 Diasporic Intimacies event is first of its kind 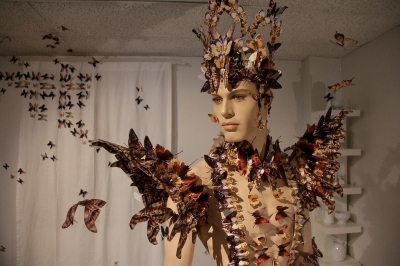 From the well-attended reception at OCAD U’s Open Gallery, to the day-long OCAD U conference panels that extended into the evening to accommodate all the speakers, Diaz and co-organizers, artist Marissa Largo and students Karlo Azores and Fritz Pino, were encouraged by the enthusiasm of the 250 participants..

Says Diaz, “The most innovative leaders in settlement work, academia, and the art scene are often Filipino/a and LGBTQ identified. We wanted to create a space for these individuals to share their creativity and to celebrate their work with the general public.”

Diasporic Intimacies is based on Diaz’s research at OCAD U. His interviews with LGBTQ Filipinos/as in Toronto (focussed on their everyday struggles and strategies for empowerment) inspired him to create a forum to encourage LGBTQ Filipinos/as to share their experiences, insights and art, as well as build networks between mainstream and Filipino/a  LGBTQ Communities in Canada.

During the conference, panelists and participants addressed such question as:

As well as the conference, a three-week long exhibit, Visualizing the Intimate in Filipino/a Lives, co-curated by the organizers, highlights the work of community-based artists and OCAD U alumni. Examples of visual culture, new media, community-based and critical work by Filipino/a artists are on display at Open Gallery from January 23 to February 15. Installations explore what is sometimes called the third space — where issues of identity and community are not considered fixed, but fluid and hybrid. In the case of Visualizing the Intimate, representations of immigration, gender and colonialism suggest how queer identity is neither universally understood nor expressed.

According to Diaz, “The issues, concerns, and contributions that LGBTQ Filipinos/as have made enrich how we see ourselves as Canadians. These events allow us to recognize the hard work of those who strive to make Canada a better and more equitable society, while also highlighting the areas we can still improve upon.” 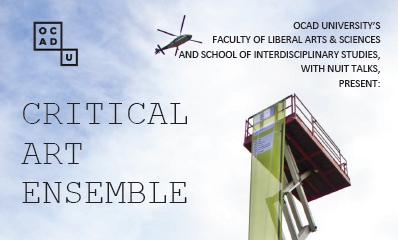 Critical Art Ensemble (CAE) is a collective of tactical media practitioners of various specializations, including computer graphics and web design, wetware, film/video, photography, text art, book art and interventionist performance. Formed in 1987, CAE’s focus has been on the exploration of the intersections between art, critical theory, technology, and political activism. The collective has performed and produced a wide variety of projects for an international audience at diverse venues ranging from the street, to the museum, to the Internet. Critical Art Ensemble has also written seven books on various aspects of cultural resistance.