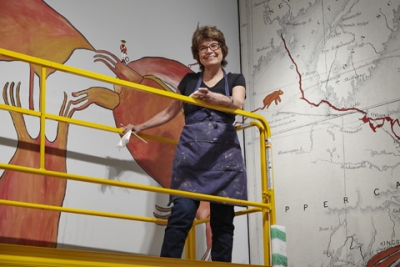 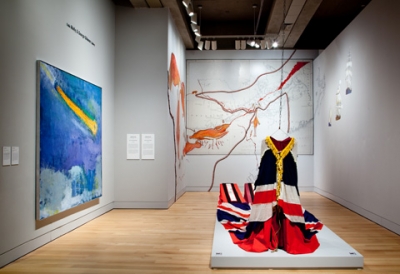 Bonnie Devine, an associate professor and the founding chair of OCAD U’s Indigenous Visual Culture program, spent part of her summer installing a new work, Battle for the Woodlands, at the Art Gallery of Ontario. The installation expands an early 19th century map of Upper and Lower Canada to reflect an Anishinaabe world view.

Battle for the Woodlands will be on view at the AGO for a year, and is an extension of the AGO’s major temporary summer exhibition, Before and After the Horizon: Anishinaabe Artists of the Great Lakes, which features work by leading modern and contemporary artists, including Norval Morrisseau, Michael Belmore, Daphne Odjig, OCAD U instructor Robert Houle, and others. Before and After the Horizon opened on July 30 and runs until November 25.

Before and After the Horizon is co-organized by the AGO and the National Museum of the American Indian. It’s a celebration of visual expressions of the spiritual and social dimensions of our relations with the earth, and at the same time challenges certain accepted accounts of history.

Devine, whose work “Letter to William,” is part of the temporary exhibition, was talking with Andrew Hunter, the AGO’s curator for Canadian Art, about a historic map of upper and lower Canada and what it meant one day earlier this year when she came up with the idea to overlay an Anishinaabe vision over the map to show the four great lakes represented as spirit animals, as well as the important sites of conflict and contact between European and Anishinaabe people.

Hunter saw the idea as an opportunity to both respond to and extend the ideas of the temporary exhibition through the rest of the gallery and spark conversations. As part of the installation process, Devine worked in the gallery during viewing hours so she could engage with viewers and answer questions.

“Devine’s installation has accomplished a great deal, and at the same time resulted in endless intense and meaningful conversations with the public, guests and officials in the gallery,” said Hunter. “The goal for us with projects like this to create a deep engagement, not only between the AGO and OCAD U, but also with this place and the land — the deep human history and our part of our community. It challenges the institution to learn, change and grow.”

Before and After the Horizon

Poised to nurture creative thinkers with a forward-thinking outlook, OCAD U commemorates that visionary spirit by reflecting on what was and what could be. The installations in Future Forward reclaim an imaginative realm once reserved for fantasy as they negotiate technology's integration into the fabric of society. These sci-fi and cinematic propositions of an imagined future investigate the permeable boundaries between nature and technology, myth and tool, history and potential. What will tomorrow bring: techno lust or future shock? Future Forward provides a timely contemplation in keeping with OCAD University's 135th anniversary. What might the future be in the year 2146?

"For 135 years OCAD U students, alumni and faculty have helped to weave the fabric of Toronto's world class visual arts, galleries, media art, community arts, design, digital culture and cultural tourism, contributing to the annual $9 billion of cultural GDP in Toronto. Future Forward makes a playful contribution to our understanding of the future through the lens of art and design," said OCAD University President, Dr. Sara Diamond. "We're thrilled to once again be a partner in Scotiabank Nuit Blanche, an event that in its own right makes a tremendous contribution to the cultural and economic health of the city of Toronto."

Philippe Blanchard, Cave Rave (2010)
Cave Rave creates a scene where lo-tech high-tech interface in a mythic time.  A mural features cavemen standing together in a circle to conjure a magical flame. Projected between them is the psychedelic glow of Apple's "Flurry" screensaver. Through this playful juxtaposition, Blanchard poses the question: Are technologies magic as it was envisioned in the past?

Louise Noguchi, Shanghai Dragon (2008)
Enter a space where pink Styrofoam towers act as set pieces to our collective memory of popular culture. Here, Noguchi explores the artifice of the heroic landscape in Hollywood films with forms suggestive of Luke Skywalker's home planet of Tatooine or the stalagmites of Superman's Fortress of Solitude. Evoking an imaginary land somewhere between the metropolis and an alien frontier, Shanghai Dragon asks us to consider the need to manifest the reality of the film in life.

Kelly Richardson, The Erudition (2010)
Holographic trees malfunction and flicker in the desolate lunar landscape of The Erudition.  In this haunting speculative scene, Richardson asks us to consider the technological landscape and our increasingly mediated relationship with nature.

H2.0 Collective, Human 1.0 vs. Human 2.0 (2011)
Through wearable technology, H2.0 Collective explores how technologies have become extensions of the social creature. In Human 1.0 vs. Human 2.0 the collective anthropomorphosizes garments to embody distinct personalities: bashful, lustful, anti-social and joyful.  By encoding socio/biological cues into technologically enabled costumes, they propose an artificial evolution of the human toward its next generation model.

Future Forward is presented as part of a year-long celebration of 135 years of imagination at OCAD University. For more events and information, visit www.ocad.ca/135.

H2.0 Collective
H2.0 Collective is composed of OCAD University Industrial Design and Material Art & Design students Loretta Faveri, Christopher Holborn, Joanne Jin, and Michael Vaughn.  The collective was established in early 2011. They seek to inspire the viewer to think critically about technology and its affect on us as social human beings through wearable garments.

She represented Canada at the first Beijing 798 Biennale (2009), Busan Biennale (2008), Gwangju Biennale (2004) and her work was included in the Sundance Film Festival (2009 and again in 2011 as her work was selected to represent 5 years of New Frontiers at a special event opening the year's festival) and Le Mois de la Photo à Montréal (2008). She has exhibited internationally at various important museums and public institutions, including the Hirshhorn Museum and Sculpture Garden in an exhibition entitled The Cinema Effect: Illusion, Reality and the Moving Image, Musée d'art contemporain de Montréal, Art Gallery of Ontario, and Centre Georges Pompidou.

Richardson had the honour of being the featured artist at the Americans for the Arts National Arts Awards 2009. The fall 2009 issue of Canadian Art magazine included Kelly Richardson as one of "10 artists setting the pace of contemporary art" and Elle Canada listed Richardson in their Hot 100 for 2011. During its 16-year history, Richardson was the first (and only) Canadian artist invited to participate in the International Artist-in-Residence program at Artpace San Antonio 11.1 (January-March, 2011).

Richardson lives and works in the United Kingdom. 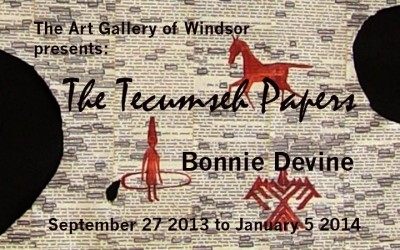 The Art Gallery of Windsor is proud to present new works in a solo exhibition by installation artist Bonnie Devine.
In response to historical works from the AGW's collection Devine examines the legacy of Chief Tecumseh, whose death at the Battle of the Thames on October 5 1813 marked the end of First Nations' resistance in the region.

An exhibition catalogue with essays by Alan Corbiere, Wanda Nanibush and Leanne Simpson is forthcoming.

October 6:
Sundays in the Studio, The Tecumseh Papers 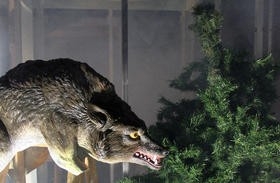 In Howl, a back alley is transformed into the site of a hunt which is both theatrical and comedic. Central to the installation is a coyote-on-rabbit chase that loops continuously along the rails of a steel roller coaster. Mechanical birds and decoy deer form a flamboyant chorus, dancing along to an operatic soundtrack. A curious blend of clumsy choreography and sights commonly found in the world of the amusement park, Howl offers an absurdist take on how we represent the natural world.

Robert Hengeveld is an installation artist who is engaged in an exploration of objects which are manufactured to represent and replace what is real. Often elaborate and immersive by nature, his installations function as fantasy tableaux, filled with mass-produced decoys and artificial flora. The purpose of a decoy is multi-faceted: it is both a lure and a distraction. Though the artificial world of the decoys falls well short of achieving a convincing substitute for the living world, Howl proposes a campy vision for wildness in the city.

Robert Hengeveld completed his MFA at the University of Victoria (2005) and studied at the Ontario College of Art and Design. He is currently Artist-in-Residence at the University of Guelph in the School of Environmental Science. His work has been exhibited across Canada and internationally with past and upcoming exhibitions at The Power Plant (Toronto), Hallwalls Contemporary (Buffalo), and Mercer Union (Toronto). 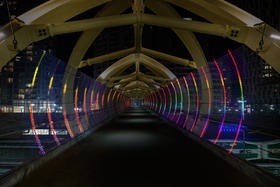 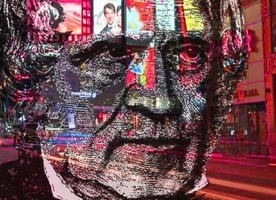