Ananda Shankar Chakrabarty lived in Paris from 1988 to 1997, first as a jazz guitarist, then as a linguistics student at the Universit? de Paris III (Sorbonne Nouvelle). He also completed a MA in musicology (EHESS, Paris) and a MPhil (EHESS) in interdisciplinary studies (Jazz and Contemporary Painting). His doctoral dissertation addressed the philosophical implications of late 20th century French aesthetic response to archaeology and prehistory. He has been at OCAD since 2006. 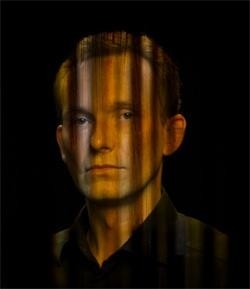 Lillevan is co-founder of the visual audio group Rechenzentrum (1997–2008), whose performances and DVD releases have been acclaimed by critics and audiences alike for taking visual music, animation, bricolage and film manipulation to new levels. Involved in film, animation and music since early childhood, Lillevan’s collaborations and solo works are often described as an exploration of the history of cinema which search for new relationships between viewer and screen, between reality and the projected image. His experimental combinations of new and old technologies and creation of new installation and projection techniques has introduced innovative new approaches to the live performance film genre. Often, performances are combined with lectures, talks and workshops. Lillevan’s more recent work explores the relationships between the history of light, the evolution of the eye and cinematic development, and questions the archeology of media, studies of perception, and history of technical visualization. Lillevan has collaborated with many acclaimed international artists working in many genres, including club culture and classical music, dance, theatre and opera, performance and installation art, as well as in academic settings. He has performed and lectured all over the world at various festivals and events in Europe, Asia, North America and South America, including ARS Electronica and Transmediale in Germany, Mutek in Montreal, and Dis-Patch in Belgrade, Serbia. For more information about Lillevan, visit www.lillevan.com.