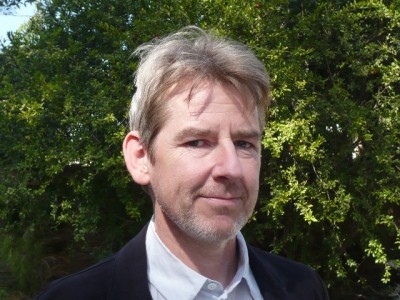 This lecture concerns the relation of black and white monochrome painting to sound, and specifically noise music.

It will touch on the origins of both forms within the work of the Russian Avant-Gardes at the start of the twentieth century, and then track its development into the present. A crucial alliance is formed at Black Mountain College in the early fifties between Robert Rauschenberg and John Cage, between the former's seminal White Paintings and the latter's emblematic anti-composition, 4'33". The effects of their exchange are registered at the more experimental end of popular music--in everything from The Beatles' White Album to the Black and White albums of bands like Sunn 0))--as well as the works of Steven Parrino and those that follow his example. From here on in, the monochrome, once associated with reductionist positivism, is instead dispatched into the maximalist realm of chance, automatism, the unintended and aleatory. The void of the monochrome, whether it is conceived as a gateway to the absolute, as with Kazimir Malevich, or an absolute impasse, as with Aleksandr Rodchenko, becomes instead a space to be filled with the mutating feedback of its own history.

Bio:
Jan Tumlir is an art-writer, teacher and curator who lives in Los Angeles. He is a contributing editor for the local art journal X-TRA; his articles appear regularly in Artforum, Aperture, Flash Art and occasionally in Art Review and Frieze. Tumlir is a member of the humanities and sciences faculty at Art Center College of Design.