Recently INSTUDIO asked John McEwen, one of Canada’s foremost sculptors, to identify what, in his view, makes good public art. McEwen, who is a 1970 graduate of the Sculpture program, is certainly no stranger to outdoor commissions. Here are some of his thoughts on their making and merits.

For me, the most significant component of good public art is that the principles that form it are overlapping and interrelated. By the time one arrives at art school one has probably been given the cards (no matter how invisible) that will play out over the course of one’s life. However, with a deck of 56 cards comprising four different suits, the hands dealt will be highly mutable. The images presented here, which fall roughly into four chronological parts, demonstrate both the development and mutability of my public work in terms of that rough chronology.

Part One: The Minimal Steel Animal

Boat Sight overlooks the Ottawa River and The Chaudière Falls and consists of three components: the loping silhouette of a wolf, a guard dog, and the outlined frame of a boat. The river rushing towards the falls ‘erodes’ the perfect circular site of rock and paving brick; the active viewer passes through the boat but stands alongside both dog and wolf. 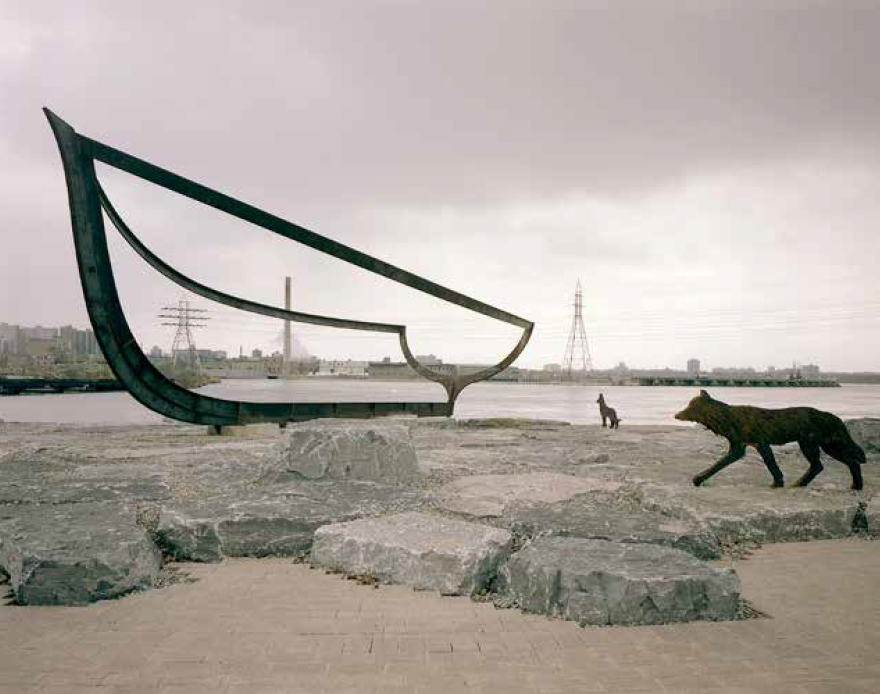 Victory / Peace commemorates the 50th anniversary of the end of WWII, celebrating the contributions of Canadians who served both overseas and at home by setting up an axis that runs from an outbound gate that faces the water, to an inbound gate that faces inland. On the gate of departure marked SACRIFICE are the events of the war; on the gate of return, HOPE for the idea of Canada. At midpoint is a commemorative bronze medallion of fifty words for peace in fifty different languages. 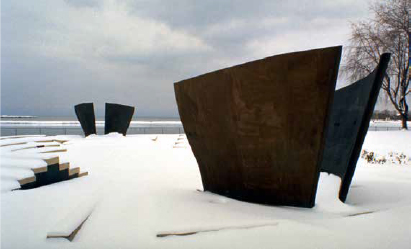 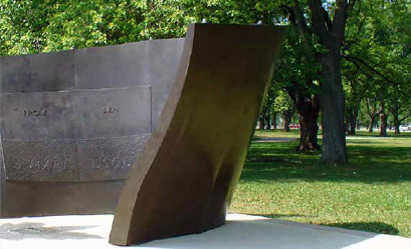 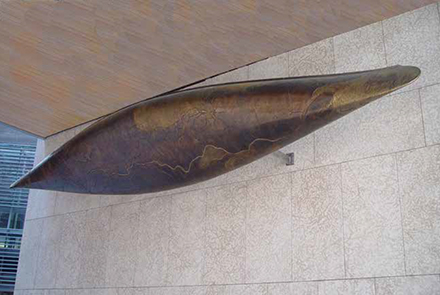 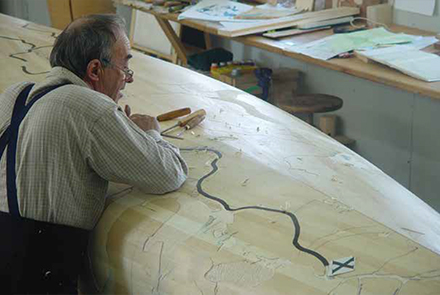 John McEwen, The River as Thread / the Canoe as Needle, 2005, Canadian Embassy, Berlin

This bronze canoe hangs in the entrance passage of the Canadian Embassy in Berlin.

Inscribed in the bronze is Alexander Mackenzie's late eighteenth-century route across ‘Canada.’ This voyage (from Montreal in the east to the Beaufort Sea in 1789; and then, in 1793, to the Pacific Ocean) could only have been undertaken by canoe.

Part Three: Celestial Space and the Lexis of Stars 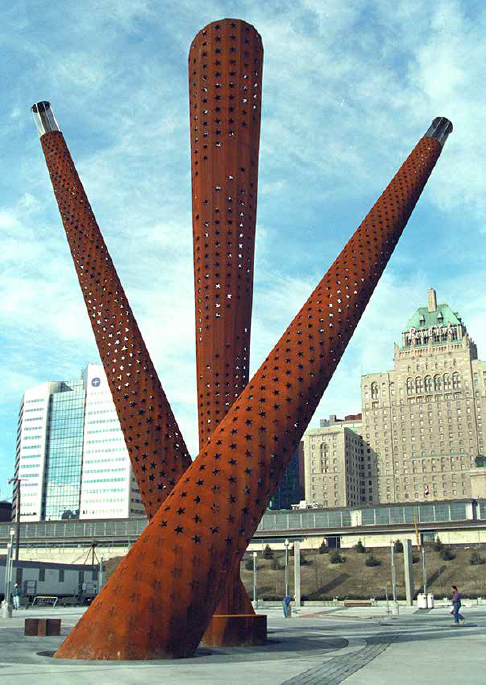 Part Four: The Envelope of Stars

At left: John McEwen, Ragged Ass Bear, 2009, Georgian Bay
Approached by water this bear is located on a Georgian Bay island of granite rock. Rock and bear are more than the sum of their parts. Viewers of this work, which is located on a granite-rock island in Georgian Bay, typically approach and enjoy it by water. 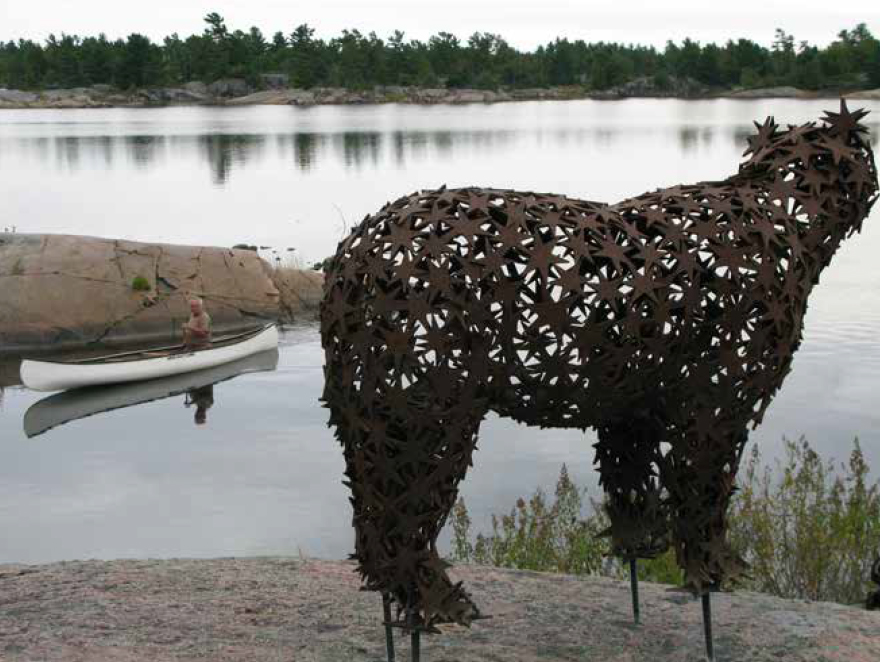 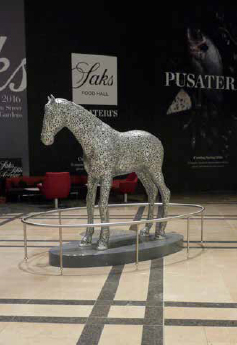 John McEwen is represented by the Olga Korper Gallery in Toronto.