OCAD University participates in Innovate TO150 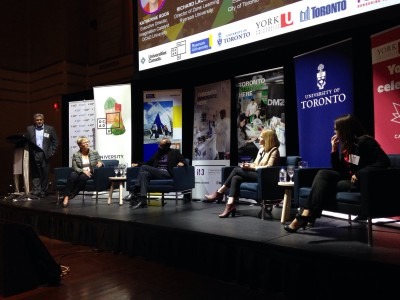 OCAD University’s business incubator, Imagination Catalyst, participated in InnovateTO150 on Friday, November 3. More than 50 of Toronto’s best innovation-minded startups and entrepreneurs were featured at the event  ̶  a startup showcase and pitch competition organized by the City of Toronto and the four Toronto-based universities.

Companies selected from incubators at OCAD University, Ryerson University, University of Toronto, and York University, exhibited their creative ideas, services, technologies and products, with the top ten entering a pitch competition for $50,000 in awards.

The event was held in celebration of Canada’s 150th birthday as an opportunity for emerging entrepreneurs to demonstrate how their ideas will help shape the next 150 years for Toronto and Canada. The program featured a keynote speech from Ann Makosinki, 20-year-old serial inventor and student at UBC, who was introduced by Paul Davidson, President of Universities Canada. 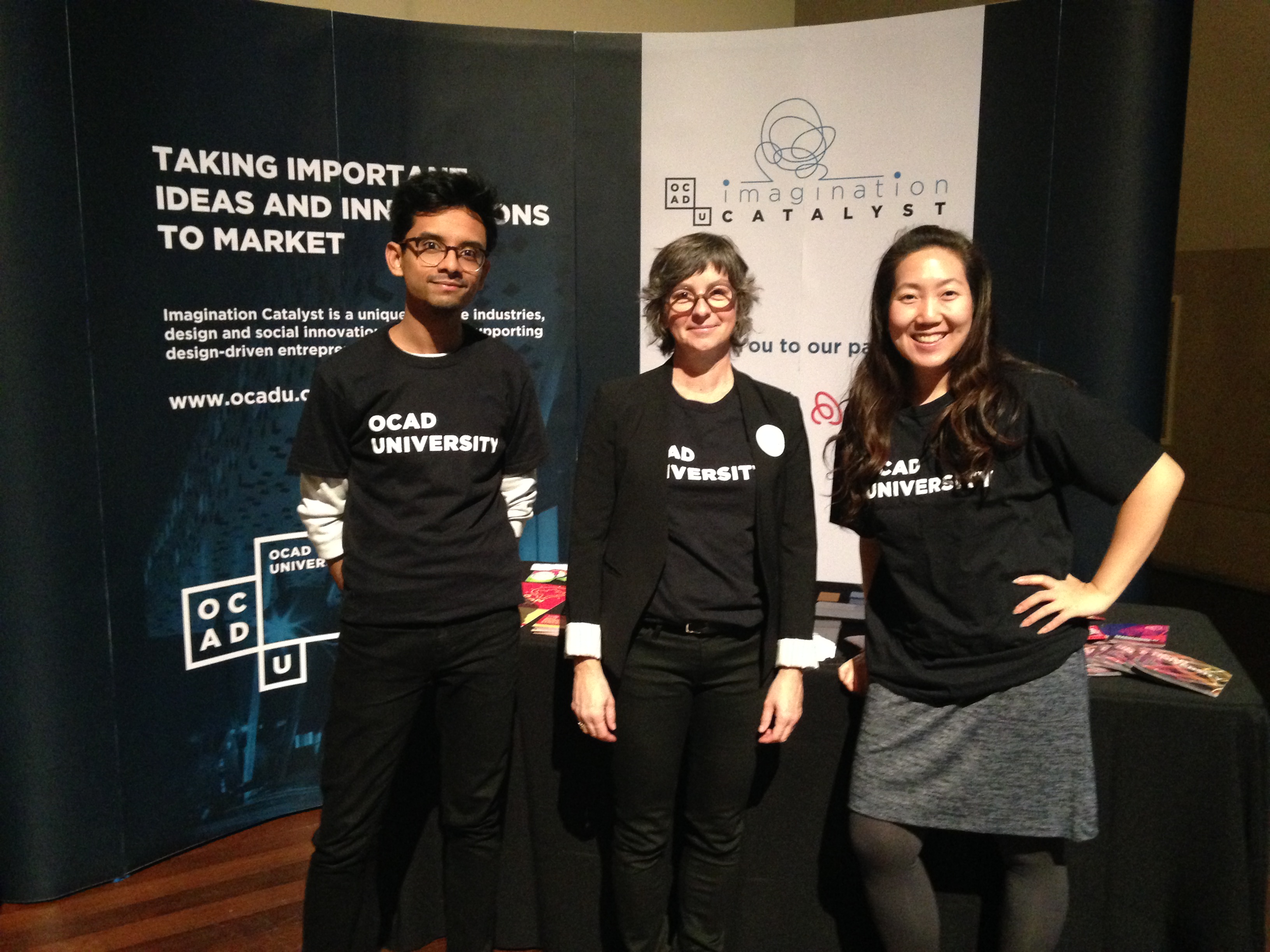 Katherine Roos has been named executive director of the Imagination Catalyst, OCAD U’s hub for creative entrepreneurship and commercialization.

Roos is well known in Toronto’s start-up ecosystem. Previously she held management roles in the City of Toronto’s Economic Development & Culture Division and at Toronto Business Development Centre. Katherine is a graduate of the University of Toronto and serves on the boards of LOFT Community Services, Connect Legal and The Learning Enrichment Foundation.

Stephen Tapp is taking the position of chair of the Imagination Catalyst advisory board. In this volunteer position he will work closely with OCAD University’s fundraising team to secure the success of growing commercialization activities. Tapp is founder and chairman of Hercules Media Group (HMG) Inc.

“I’m proud of the new Imagination Catalyst leadership. Its energy and expertise will serve us well by supporting those candidates who successfully compete to transform their innovative ideas, projects and prototypes into a real world business,” said Dr. Helmut Reichenbächer, Associate Vice-President, Research, and Dean, Graduate Studies, OCAD U.

The Imagination Catalyst is benefitting from a year of dramatic growth. In September 2014, Ontario’s minister of research and innovation, Reza Moridi, announced a $950,000 grant to OCAD University as part of the Government of Ontario’s Campus-Linked Accelerator (CLA) program.

Further strengthening the University’s CLA, Relay Ventures announced it is investing $1 million in the Imagination Catalyst Fund over four years. This investment fund will provide seed funding for emerging entrepreneurs in the program. Relay Ventures is an early stage venture capital firm that invests in passionate entrepreneurs disrupting and creating new markets through mobile technologies.

The Imagination Catalyst’s mission is to support and develop emerging businesses among OCAD University faculty, student and alumni as well as among creative entrepreneurs across the GTA. Under the guidance of OCAD University’s Strategic Innovation Lab (sLab), OCAD University’s Imagination Catalyst will work with Ontario’s Regional Centres of Excellence to design, develop and implement programming that would nurture creative entrepreneurs across the province.