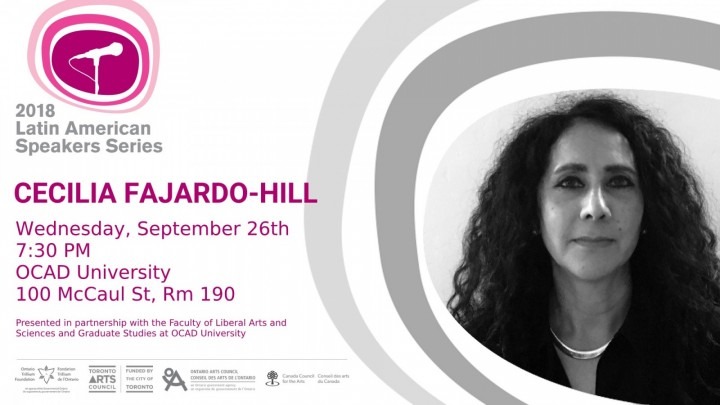 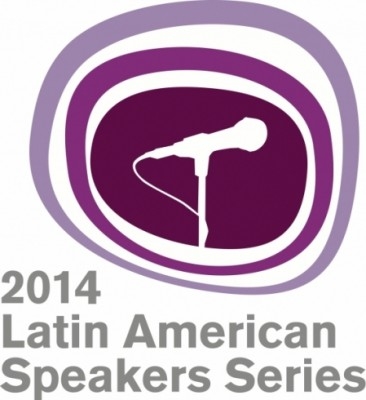 The Latin American Speakers Series aims to contextualize Latin American art within Canada as well as enrich our understanding of the art from both the continent and the Diaspora.

In addition to the Lectures we will also host Interviews and Studio Visits (please check our website for more information).

MARI CARMEN RAMÍREZ is setting the tone for how the world sees Latin American art as the Wortham Curator of Latin American Art and founding Director of the International Center for the Arts of the Americas at the Museum of Fine Arts, Houston (MFAH). Prior to this appointment, she was curator of Latin American art at the Jack S. Blanton Museum of Art and adjunct lecturer in the Department of Art and Art History at the University of Texas at Austin. Ramírez has also served as director of the Museo de Antropología, Historia y Arte de la Universidad de Puerto Rico.

She has curated numerous exhibitions of Latin American art including: Carlos Cruz-Diez: Color in Space and Time; Joaquín Torres-García: Constructing Abstraction with Wood; Hélio Oiticica: The Body of Color;; Heterotopías: medio siglo sin Lugar, 1918–1968 (with Héctor Olea); Global Conceptualism; Cantos Paralelos/Parallel Cantos: Visual Parody in Contemporary Argentinean Art (1998–99); Re-Aligning Vision: Alternative Currents in South American Drawing (with Edith A. Gibson, 1997–99); the Latin American section of Universalis at the 23rd São Paulo Biennial (1996); and The School of the South: El Taller Torres-García and its Legacy (with Cecilia Buzio, 1990–92); among others. Her many honors and awards have included being named as one of the twenty-five most influential Hispanics in America by TIME Magazine (2005); the Award for Curatorial Excellence, Center for Curatorial Studies at Bard College (2005); "Best Thematic Museum Show Nationally" (shared with Héctor Olea), International Association of Art Critics (2004); and the Award for Curatorial Excellence, Peter Norton Family Foundation (1997). Ramírez received her Ph.D. in Art History from the University of Chicago in 1989.

DOT TUER is a writer and cultural historian who specializes in Canadian and Latin American art and photography. Tuer holds a PhD in history from the University of Toronto and is Professor of Art History and Humanities at OCAD University. Tuer is widely published in art magazines, peer-reviewed journals, and book anthologies. A collection of her essays on art, Mining the Media Archive, was published in 2006. She has received numerous awards for her writing on art and culture, including the Ontario Art Galleries Association Curatorial Writing Award, Toronto Arts Award, National Magazine Award, and Canada Council Senior Artist and Ontario Arts Council Literature grants. Tuer also works in the curatorial field. Most recently she was the Guest Curator for the Art Gallery of Ontario's exhibition Frida and Diego: Passion, Politics, and Painting, 2013.

About LACAP:
The Latin American Canadian Art Projects is a not-for-profit arts organization dedicated to the implementation of projects that expose Canadians to Latin American art and culture, artistic excellence and critical thought.

About the Curator of the Latin American Speakers Series:
TAMARA TOLEDO is a Toronto-based artist, educator and curator. Toledo is a graduate of OCAD University (Honours) and holds an MFA from York University. She is co-founder of the Allende Arts Festival and the Latin American Canadian Art Projects. Toledo's curatorial projects include: Alienation, Idiomática, Recycled Captions, Pilgrimage of Wanderers, Home Sweet Hogar, Pop and Politics and the Latin American Speakers Series. Toledo has participated in various conferences for her curatorial work, such as Performing Feminist Motherhood (New York), Memory and Migration (Vancouver) and Critical Dialogues: Cross Cultural Perspectives on Curating and Artistic Practice (Toronto). She has written various articles on Latin American art for ARM Journal, C Magazine and Fuse Magazine.

LACAP gratefully acknowledges the financial support of the Toronto Arts Council, the Ontario Arts Council and the Canada Council for the Arts. LACAP also acknowledges the support of its corporate sponsors InterContinental Toronto Centre and SeeThroughWeb as well as its partners: Prefix ICA; Justina M. Barnicke Gallery; the MVS Program at the University of Toronto; Hart House; Community Arts Practice (CAP) Program of the Faculty of Environmental Studies and Visual Arts Department at York University; and OCAD University.