Lee Henderson in: The Known Effects of Lightning on the Body 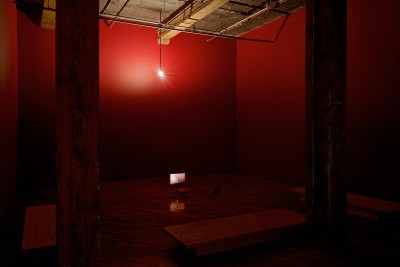 The Known Effects of Lightning on the Body is coming to Ottawa for a solo exhibition at Gallery 101, to help christen their new space! Keep an eye on Gallery101.org for updates.

The Known Effects of Lightning on the Body
A low-lit installation in which a match is projected onto a sheet of copper. The match is lit, and "bows" as it burns, its body slowly succumbing to gravity, physics, and the chemical reaction that began in the match-head. Above, a single, mirrored bulb directs light and the eye upward, its form in vertical symmetry with the match's. When the match extinguishes itself, it dissolves, only to be replaced with a different match, which burns and bows in turn.

Originally presented at YYZ Artist-Run Centre, 2014. Produced with the Support of the Canada Council.

Lee Henderson in: To Step From Shadow Into the Warmth of the Sun 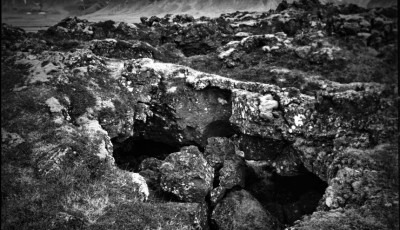 It has been said that it is impossible to take a bad photograph of Iceland. While this is quite possibly true, I takes this prompt as a dare. Photography as a once-specialized medium is currently struggling to redefine its identity in the midst of its own ubiquity—the “idea” of Iceland, meanwhile, is also in existential tumult, as tourism explodes and a digitally imaged Iceland (read: romanticized, aestheticized, selective) circulates ever more prominently online. To Step From Shadow Into the Warmth of the Sun is an interrogation of the mimetic impulse; an exhibition fuelled by media's curious ability to collapse time and space as it seeks to measure them; an unearthing of the ontological consequences of The Travelogue; and a suspicion that "presence", however alluring, is always unrepresentable.

Lee Henderson is a contemporary artist whose practice includes video, photography, installation, sculpture, performance, and text. His work moves in constant contemplation of death, in senses grand and minute, between the persistence of collective histories and the brevity of individual lives… but it’s funny, the way “King Lear” is funny.

Lee studied art in Canada and Germany, with a BFA from the Alberta College of Art and Design (2003) and an MFA from the University of Regina (2005). He teaches art and media in Toronto at OCAD and Ryerson.
Recent projects include "Fixing a Novel by Removing all the Adjectives", a single, mirror-polished brick in a cellar somewhere under Berlin (Kunstraum Tapir, Berlin, 2014); "The Known Effects of Lightning on the Body", an installed projection of burning matches that “bow” as they exhaust themselves (YYZ, 2014; The Rooms, 2015; Nuit Blanche Edmonton, 2015); and "Palliative Care (1985-1992)", an installation featuring a supercut of every reference to death in TV’s “The Golden Girls” (Latitude53, 2016). Henderson was the recipient of the CONTACT 2016 Fondation Emmanuelle Gattuso Prize for "Never Letting Us Take Breath", an automated slide-lecture and installation of photographs offering a meditation on the photo-archive and human mortality (Zalucky Contemporary, 2016). In 2017 he was Visiting Artist at Open Studio Toronto, and Canadian Artist in Residence at Glenfiddich Distillery, Dufftown, Scotland.

Lee Henderson in Weight of Light 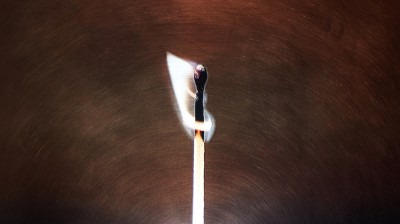 The Known Effects of Lightning on the Body will be installed at the Justina M. Barnicke gallery at Hart House in an exhibition about manufactured darkness.

Curator Darryn Doull writes, "Our capacity to control light makes it an ideal medium to unlock some of the mysteries of our material world while opening vast new chambers of secrets and virtual geometries. In some instances, flickers of light enable an approach to the unconscious or unlock a latent atheistic spirituality that permeates images of light and the vanitas of its eventual dimming, while at other times, artists unlock expansive spatial dimensions that exist at the edge of the visible world, occasionally broaching wondrous indulgences of mild hallucinations. The exhibition Weight of Light is a site to appreciate how light projects meaning into darkened volumes and to revere a darkness that helps one to see deeply."

Lee Henderson: And the voices came from nowhere 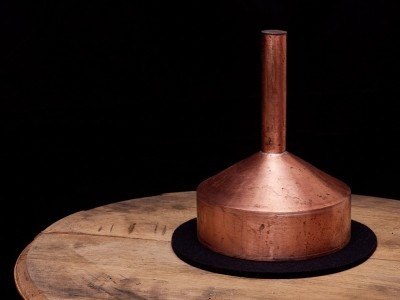 A tarot deck of metaphysical whisky tasting notes.
Photographs of phenomena at haunted locations.
A cask that binds the ghost of a cooper.
Copper vessels used to capture vapours left by spirits.

We use the term "spirit" to describe ghosts; to describe an apparition come back to haunt us, or remind us, or watch over us. It can mean something that hangs in the aether, in an even-less-bodily sense, as affect or ideal. It refers also to alcohol, to liquor—to that which we inhale and then imbibe.

Such nominative fluctuations formed the basis for Henderson's explorations while in residence at the Glenfiddich Distillery during the summer of 2017. With this, his second solo exhibition at the gallery, the artist builds on his continued investigation into how we imagine the limits of the bodily as he repurposes the technologies and techniques of spiritcraft.

Lee Henderson (b.1979) is a contemporary artist whose practice includes video, photography, installation, sculpture, performance, and text. His work moves in constant contemplation of death, in senses grand and minute, somewhere between the persistence of collective histories and the brevity of individual lives. Henderson has studied art in Canada and Germany, holding a BFA from the Alberta College of Art and Design (2003) and an MFA from the University of Regina (2005). Recent exhibitions include Palliative Care (1985-1992) at Latitude 53, Edmonton (2016), Folklore and Other Panics at The Rooms, St. Johns (2015), The Half Lit Moon at Nuit Blanche, Edmonton (2015) and The Known Effects of Lightning on the Body, a solo presentation at YYZ, Toronto (2014). His work appears regularly across Canada, and occasionally in Los Angeles, Washington, Chicago, Naples, and Berlin. Notable recent venues and screenings include The Phillips Collection, Hirshhorn Museum and Sculpture Garden, the Magenta Festival Boston, The Zero Film Festival (USA); The Dunlop Art Gallery and the Mendel Art Gallery (Canada). Henderson's work can be found in private and public collections including the Mendel Art Gallery/Remai Modern Art Gallery of Saskatchewan, the University of Regina President's Collection, and The Center for Fine Art Photography USA.

He received the Gattuso Prize for his exhibition Never Letting Us Take Breath presented at Zalucky Contemporary as a Featured Exhibition on the occasion of the 2016 CONTACT Photography Festival.

Wednesday to Saturday: 11am - 6pm
or by appointment
The gallery is located at 3044 Dundas St. W, in the Junction and just west of High Park Avenue. 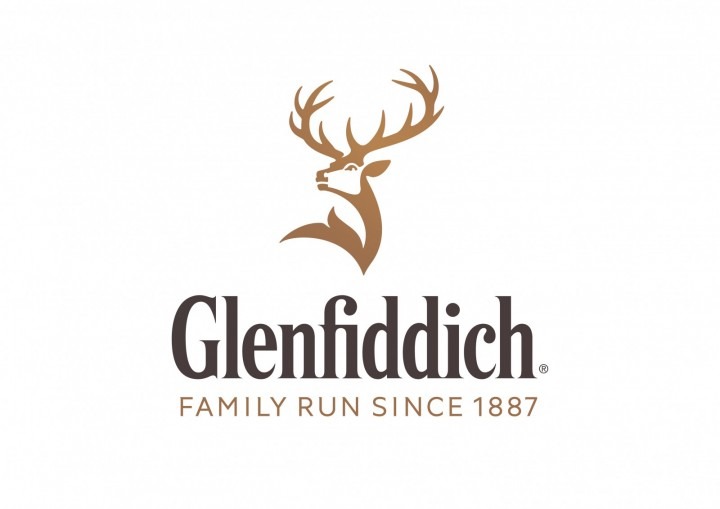