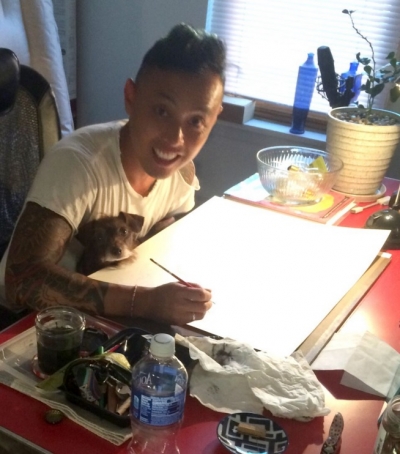 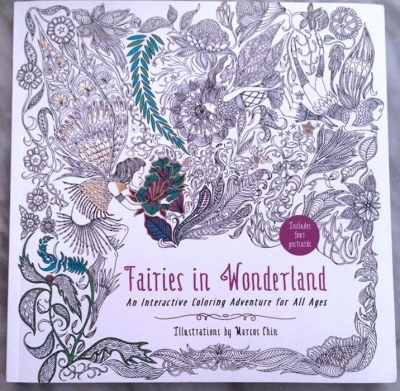 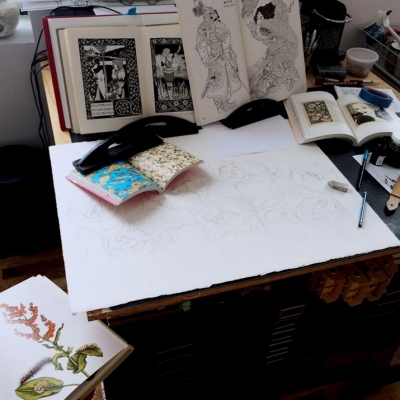 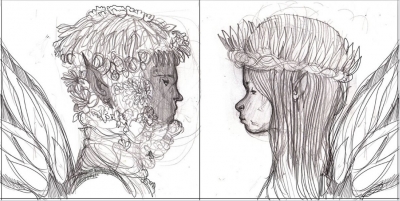 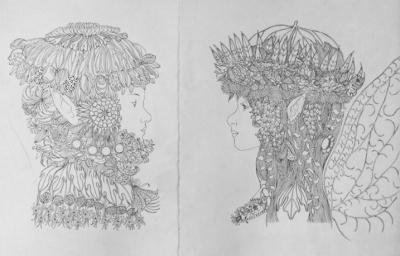 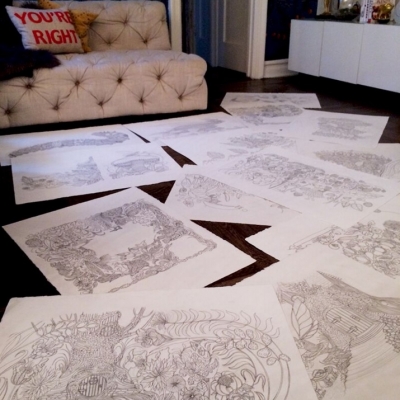 The huge trend of adult colouring books started back in 2012 with books like Johanna Basford’s now iconic Secret Garden. It topped Amazon's bestseller list and sold over 2 million copies worldwide.

Adult colouring books are hailed for their therapeutic and relaxing entertainment value. Researchers at John Hopkins University and the editors of Yoga Journal suggest colouring as an alternative to meditation. The growing trend has even caused a pencil crayon shortage.

This explosion in popularity has led to a slew of intricate colouring books targeted at the adult market. One such book is OCAD U Illustration alum Marcos Chin’s Fairies in Wonderland. We caught up with Marcos to learn about the process of creating the book. 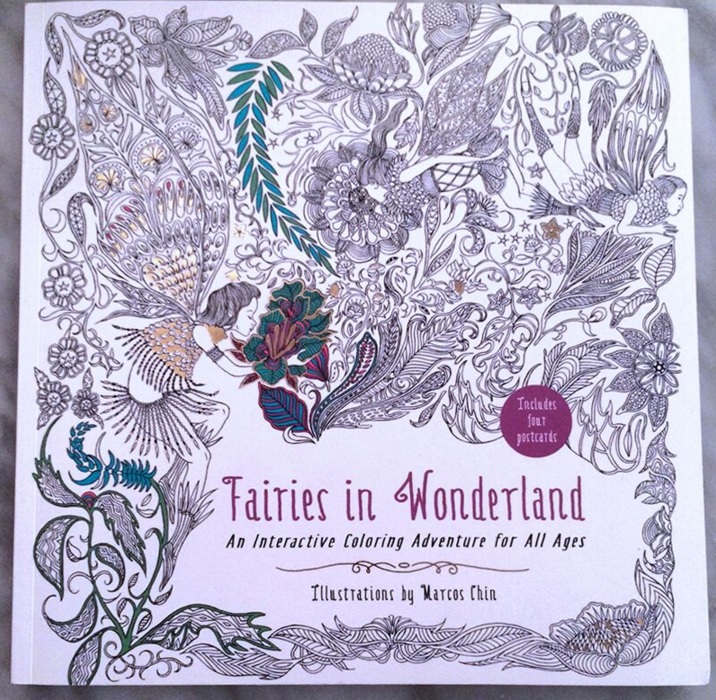 You’re a very successful illustrator and the new book is beautiful. Why did you decide to do an adult colouring book?

I’ve always wanted to do one. When this opportunity came around, I was already aware of this trend, so I decided to do it because it would expand my reach into a new market. A lot of the work I do is rooted in editorial and advertising, which is mostly digital. With this, I could create a new body of work that would show a different side of myself. As well, I knew the editor and publishing company wanted something decorative and patterned - something I love to do. So, it was an opportunity to incorporate that aesthetic in a way I’ve never done before. 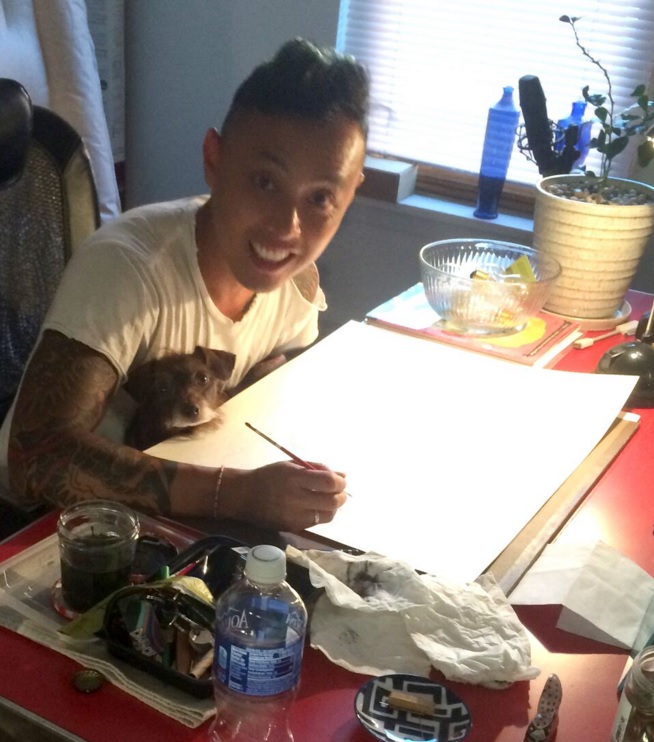 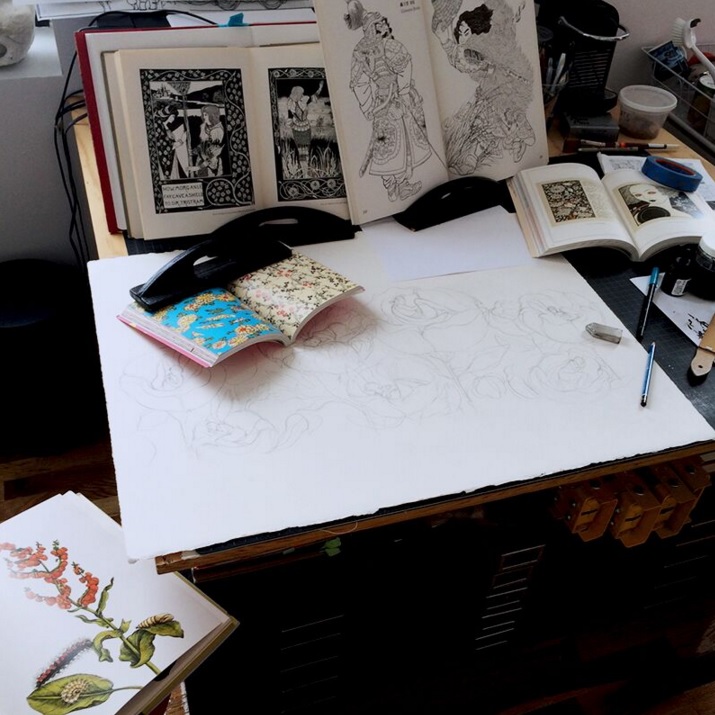 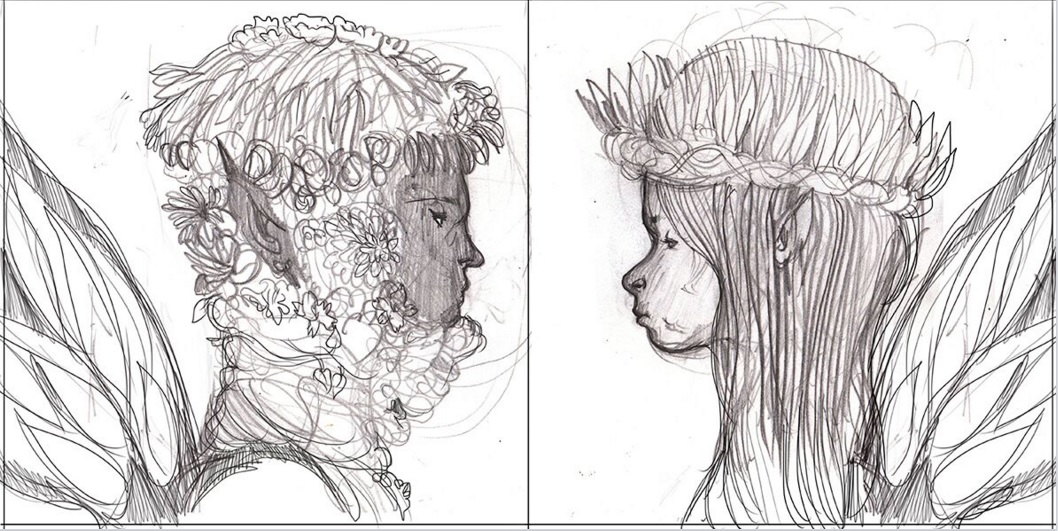 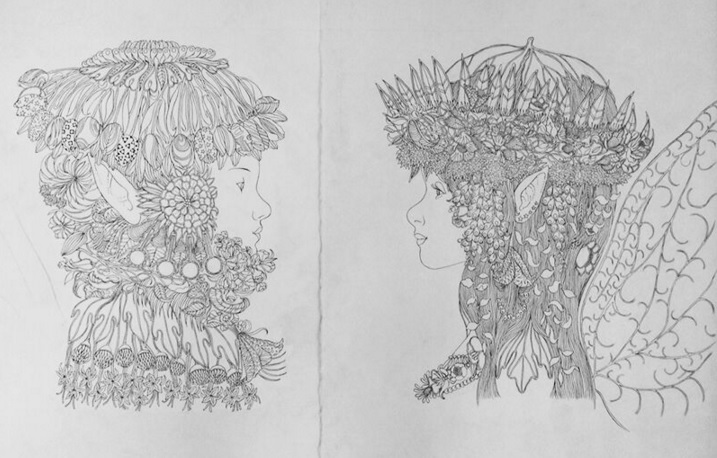 The first three to four months was the sketching process. Things like thumbnails, brainstorms, and loose sketches. Then, I spent another three months working on the finals. As for the drawings, they were all done in ink and brush. The sheets of paper were 22” x 32”. 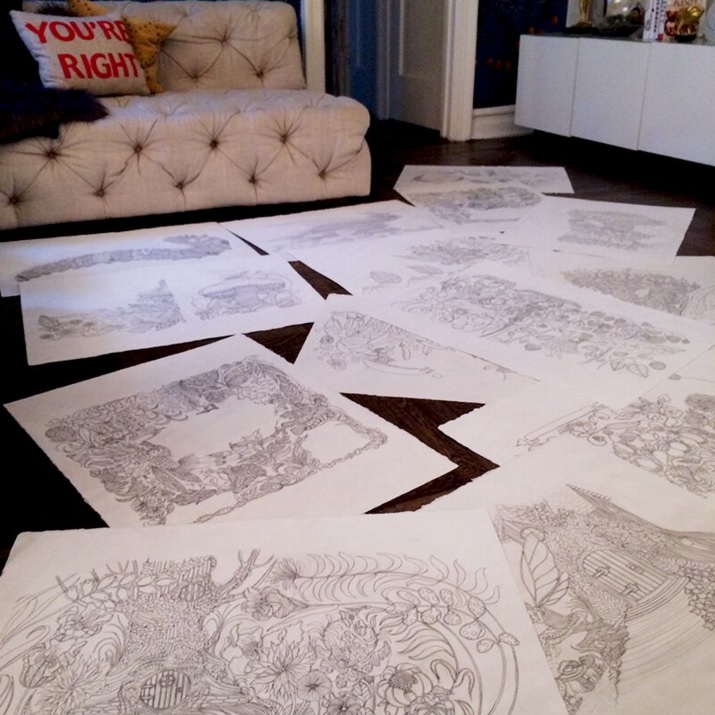 Besides having to figure out what each page consisted of, I knew the publisher wanted some kind of journey within the book. I decided to make it a sort of seek-and-find type game, where you had to find letters to solve a riddle at the end of a section. I also wanted there to be some sort of narrative. The way I did that was to show the book happening over time, moving from day to night. The first half of the book has white pages alluding to daytime, and the latter half of the book has dark pages, alluding to nighttime.

As an illustrator you’re used to finishing a piece the way you envisioned it. This time, you’re giving up that control and asking your audience to colour your illustrations. How does it feel to have your audience finish it themselves?

I do see the black-and-white line drawings as a finished piece. Finished in the sense that I brought it to where I felt like it needed to go. It’s up to people how they want to colour it. I’ve seen some really crazy, awesome stuff, though, from emails I’ve been sent!