How I Learned to Jam with a Pansy: Talk with Bob Ezrin

In a legendary career as a music and entertainment producer and entrepreneur that has spanned nearly 50 years, Toronto-born Bob Ezrin has worked around the world on recordings, TV, film and live event production with a wide variety of artists including Andrea Bocelli, Pink Floyd, Deep Purple, Alice Cooper, KISS, Lou Reed, U2, Jay-Z, Peter Gabriel, 2Celllos, The Tenors, Aerosmith, Hollywood Vampires, Deftones, Rod Stewart, Nine Inch Nails and Pete Seeger among many others.

He is a co-founder of Wow Unlimited Media Inc. and The Nimbus School of Media Arts, both in Vancouver, B.C., and 7th Level Inc in Richardson, TX and Enigma Digital in Los Angeles, CA, both seminal companies in interactive entertainment, education and social media. He also served as Co-Chairman of Clear Channel Interactive and Chairman of Live Nation Artists Records.

Currently he is a member of the boards of directors of In Place of War in Manchester, UK and The Mr. Holland’s Opus Foundation in Los Angeles; a Leadership Circle member of MusiCounts in Toronto, Canada; Chairman Emeritus of the Los Angeles Mentoring Partnership and, along with U2′s the Edge, a co-founder of Music Rising, an initiative to replace musical instruments that are lost in natural disasters.

Mr. Ezrin lives with his wife Janet in Nashville and Toronto.

T.M. Glass: The Audible Language of Flowers presents recent series of images by lens-based artist T.M. Glass that feature blooms and vessels from unique gardens across the globe. Glass' distinct photographic style is characterized by extensive digital embellishment of textures and colours to enhance the emotion and geometry of flowers. Recently, the artist’s large-scale flower images expanded into the third dimension through advanced 3-D printing technology. Inspired by 17th century European flower paintings, the artist contends that contemporary digital photographers are also painters who work with pixels instead of oils.

Onsite Gallery acknowledges that the gallery construction project is funded in part by the Government of Canada's Canada Cultural Spaces Fund at Canadian Heritage, the City of Toronto through a Section 37 agreement and Aspen Ridge Homes; with gallery furniture by Nienkämper. Onsite Gallery logo by Dean Martin Design. 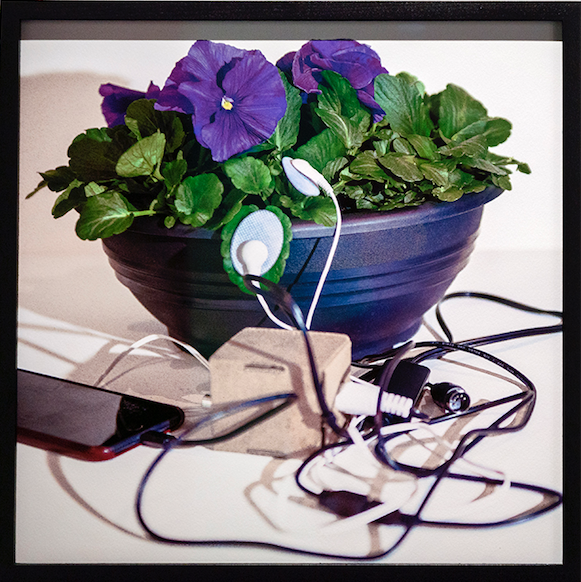 Christina Sealey is a visual artist and musician. She has exhibited throughout Canada and the UK in both public and commercial galleries and in artist-run centres and regularly performs throughout Europe, North America and in Japan. Her work can be found in private, corporate and public collections.

Adam Tindale is an electronic drummer and digital instrument designer. He is an Associate Professor of Human-Computer Interaction in the Digital Futures Initiative at OCAD University. Adam performs on his E-Drumset: a new electronic instrument that utilizes physical modeling and machine learning with an intuitive physical interface. He completed a Bachelor of Music at Queen's University, a Masters of Music Technology at McGill University, and an Interdisciplinary Ph.D. in Music, Computer Science and Electrical Engineering at the University of Victoria.