Atlas of an Ambiguous Utopia: Explorations in Place, Machines and Waste 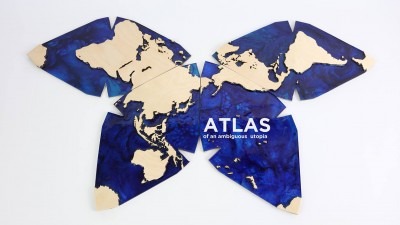 The Office of Research & Innovation is pleased to announce that Atlas of an Ambiguous Utopia: Explorations in Place, Machines and Waste by OCAD U Alum and Social Body Lab member Hillary Predko will be shown at OCAD U's Graduate Gallery (205 Richmond Street West, ground floor). The show will run on Saturday, September 15th and Sunday September 16th from 12-6pm with an Artist Talk scheduled for Sunday, September 16th at 6pm.

Form and structure served as motifs for investigating the material possibilities of advanced manufacturing machines in an artistic context. Using the globalized movement of scrap materials and the impact of China's trash ban from the starting point of the San Francisco Bay, Predko looks past techno-utopian narratives into a complex network of interconnected factors that shape our daily lives.

A zine collecting images and writing about this work can be found here: https://issuu.com/hilbot/docs/atlas

Hillary Predko is a Canadian designer, researcher, and maker who creates beautiful products and experiences. Her practice is informed by human-centred design, strategic design, and hands on prototyping. She holds a degree in material art and design from OCAD University with a focus on textiles.

Predko worked as a Studio Y fellow at the MaRS Discovery District, tackling systems level problems with design. With Intel + Intel innovators she launched Vega Edge, a weareable cycling light, on Kickstarter. Hillary is currently an active leader in the Toronto maker community. She has worked as studio manager at Guild Eyewear and as an instructor specializing in wearable electronics at OCAD University.

Predko's work with OCAD's Social Body Lab has exhibited at the Stanford D School for TEI 15 and Eyebeam Gallery. She has served as installation director for Way Station (Scotiabank Nuit Blanche, 2010) and as artistic lead for James Street Circus (Scotiabank Nuit Blanche, 2011). As cofounder of Little Dada, Hillary has produced events with Intel and Design Exchange and exhibited work in North America, Europe and Asia. Her work has been recognized by Vice, CBC, Fast Compnany and Toronto Life. She is interested in the interplay between industrial production, sustainability and entrepreneurship.