Referencing time lapse footage of growing plants, of underwater life forms in movement, this painting series aims to condense naturally existing forms and their movement into one image frame. Abstractions of feathers, jellyfish, tsunamis or overgrown foliage, these constructed forms describe the lapse between disparate natural environments and bring to focus what is inherent in all of nature.

Please join us for the Opening Reception of "INTRINSIC" Friday October 17th 7-10pm.

Scott Sawtell: There is a light that never goes out 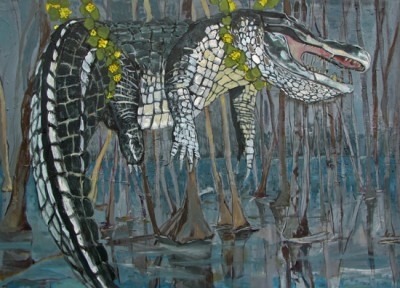 B Contemporary presents their first solo exhibition of recent paintings by Scott Sawtell. Each painting in the series “there is a light that goes out” shows a majestic animal in situ, with flowers blooming from them.

About the Artist:
Scott has an M.F.A from the University of Waterloo and is a graduate of OCAD University. As well as maintaining a vital artistic career showing work across Canada and the United States, Scott has previously curated exhibitions for The Town of Newmarket, the City of Kitchener and Oakville Galleries. He also organized and participated in 60 Painters; an ambitious exhibiton of contemporary Canadian painting which was held at Humber College in May of 2012.

Scott Sawtell is also an art instructor at Brock University in St. Catharines, as well as Georgian College in Barrie, Ontario. He previously taught at OCAD University in Toronto, Ontario. 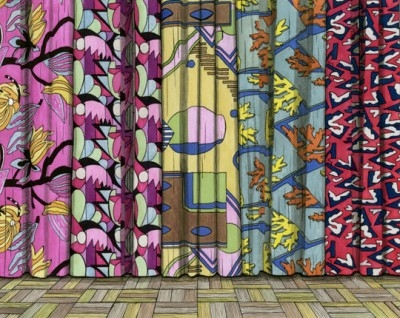 Luke Painter’s new solo exhibition, titled Rebound, investigates the dramatic and often-bizarre ways in which historical styles are translated through design and architecture practices. Investigating specific revivalist trends in his ink on paper works, Painter digs into Louis Comfort Tiffany’s resuscitation of medieval glass techniques in late 19th century commercial applications; the 1980’s filtering of Art Deco, Pop and Minimalism in the work of designer and architect Michael Graves; and the continual mutation of Gothic architecture in the 20th century. In his new body of work including ink drawings on paper and stained glass sculpture, Painter both references and re-contextualizes these chameleonic sources. Recent exhibitions of his work include numerous exhibitions throughout Toronto, Montreal, Par Nature at Bonneau-Samames Art Contemporain in Marseille, France (solo 2009), Pulse New York Art Fair (2009), Portland Documentary and Experimental Film Festival (2009) and the Athina Art Fair in Greece (2009). Luke has received numerous research and artist grants from Hexagram/Concordia, Canada Council for the Arts, the Ontario Arts Council and the Toronto Arts Council. His work has been reviewed by many notable publications including: Canadian Art, Border Crossings, The Globe and Mail, and The National Post.

Visit Studio Beat at the link below to view a great studio visit with Luke Painter: http://www.studio-beat.com/artists/luke-painter-interdisciplinary/ 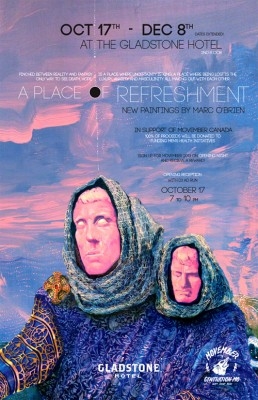