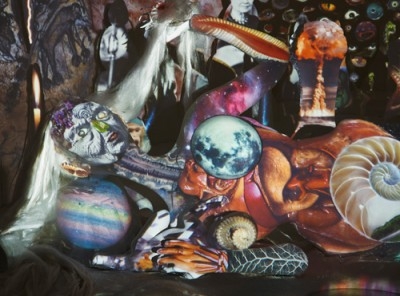 Shary Boyle’s practice includes drawing, painting, sculpture and performance. Based in Toronto, Boyle’s work is exhibited and collected internationally, with pieces in the National Gallery of Canada, The Art Gallery of Ontario, Montreal Museum of Contemporary Art, La Maison Rouge Foundation in Paris and the Paisley Museum in Scotland. The national touring exhibit of her work "Flesh and Blood" opened at the Art Gallery of Ontario in fall 2010. “Everything Under the Moon”, her first major theatre performance in collaboration with Christine Fellows, was commissioned by Habourfront World Stage in 2012. Boyle is the 2009 recipient of the Art Gallery of Ontario’s Iskowitz Award and the 2010 Hynatyshyn Award for her outstanding contribution to the visual arts in Canada. Shary Boyle represented Canada at the 2013 Venice Biennale with her project “Music for Silence”. 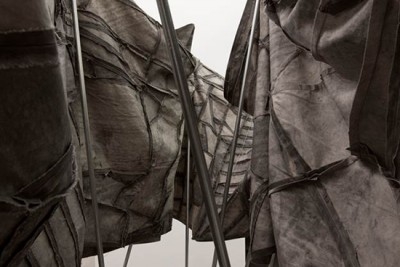 Exhibition by OCAD U faculty and staff member Derek Liddington

Every moment can be traced back to the first time the sun touched my face is an exhibition by Toronto based artist Derek Liddington and his first solo show within a public gallery. Through a series of site specific works, Liddington explores the potential moments that can occur between the rise and fall of the sun over the horizon. Engaging with disciplines as diverse as drawing, sculpture and performance Liddington traces the sun's movement across the sky as an allegorical investigation of the human condition – specifically that of love and violence enacted within these moments. The anecdotal origin from which the exhibition draws is an offsite happening occurring on the artist’s birthday, November 21. Set to the backdrop of downtown Galt, Cambridge, a crane operator will perform the task of lifting a 300 pound circular steel plate in an action following the course of the sun’s rise from the east, to the delving of the light under the horizon to the west. The banal object celebrates both the sun’s rise and fall, engaged in a hopeless tracing of the solar gesture; an act of mimicry that is simultaneously archival and violent. However, the tension in the gesture also nods to the minimalist act of visually engaging with its surroundings, both in time and space.

Derek Liddington works and lives in Toronto. He obtained his MFA from the University of Western Ontario (London) and BFA from the Nova Scotia College of Art and Design (Halifax). Liddington’s work has been exhibited in numerous public settings, including his 2010 staging of Allegory for an Opera as part of Scotiabank Nuit Blanche (Toronto). His most recent solo exhibition titled Modern Love is currently on view at Daniel Faria Gallery (Toronto). He has exhibited at abc 2013 (Art Berlin Contemporary), and in group shows curated by Cole Swanson and Rui Amaral. Liddington has received numerous grants and in 2011 was shortlisted for the Toronto Friends of the Visual Arts Artist Prize. He is represented by Daniel Faria Gallery (Toronto).

Image: A love worth fighting over (a monument to those that preceded me), 2013. Rubbed graphite on canvas, steel, 8'x8'x8'. Photography: Jennifer Rose Sciarrino. Image courtesy of the artist.