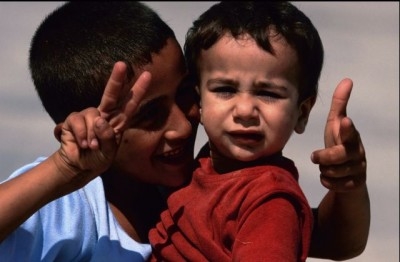 Jon Elmer is a freelance photojournalist specializing in the Middle East. He has photographed and reported from the West Bank and Gaza Strip - based in Jenin and Gaza City - during the al-Aqsa intifada (2003), following Israel's "disengagement" from the Gaza Strip (2005), and during the sanctions regime and internal Palestinian conflict (2007).

Presented by the Slingshot Student Group at OCAD, which "exists to promote progressive anti-colonial politics and culture within the OCAD and Toronto communities."