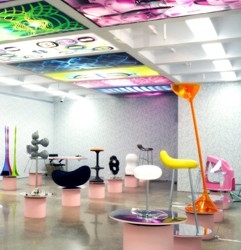 Domoteka in Warsaw, Poland, hosts “Karim Rashid: From 15 Minutes into the Future” by internationally renowned designer Karim Rashid, an exhibition originating at the OCAD Professional Gallery and curated by Charles Reeve.

Seven Days of Remembrance and Hope 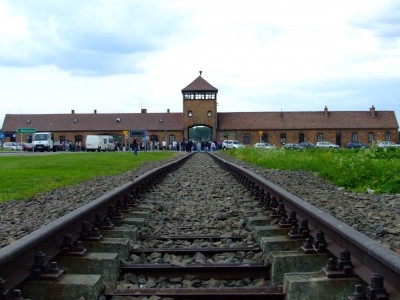 7 Days of Remembrance...and Hope is focused on 6 Canadian university students, from different regions of Canada, who join 60 other students on a yearly sojourn to the concentration camps of Poland. It is there, through the voices of the survivors and the remnants of the camps, that these students witness the harsh reality of bigotry and indifference and vow to change it.

The students themselves, Rudi, who escaped with his family from the war in Sudan, Shakira, who left Africa at age 10 to come to Canada, Ola, who is Muslim Canadian, Jeremy, a history student at U of T, Navid, whose family had to leave Iran because of their Baha’i faith and Spencer, a gay activist, artist, and OCAD U faculty member, are all featured in this film.

Director Fern Levitt and one of the featured participants in the documentary, Spencer J. Harrison, will be available for a Q & A after the film.

About Holocaust Education Week
Holocaust Education Week 2013 explores different national, generational and cultural narratives of the Holocaust and its aftermath: the historical narratives of countries and regions where the Shoah occurred, the personal and collective narratives of individual survivors and communities who rebuilt themselves elsewhere in the world, and the next generations who will perpetuate their legacies. This year’s program focuses its lens on the dynamic process that unites historical events with personal experiences.