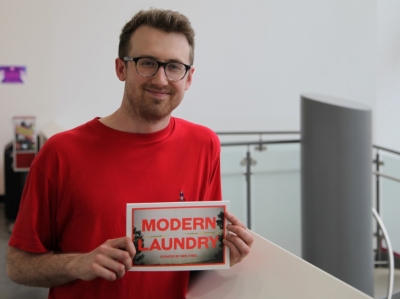 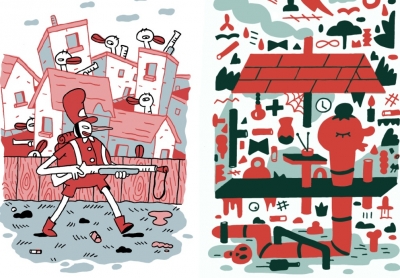 We caught up with recent OCAD U grad Ben O’Neil.

Tell us about your publication Modern Laundry and where people can get it?

Modern Laundry is an art publication that I self-published for my undergraduate thesis. It revolves around the theme of ruin and detritus, particularly in connection with how modernity has created and sustained urban cycles of demolition and forced obsolescence. The book consists of my own thesis essay, as well as submissions from 25 artists from across North America who responded to their own local ruin in a variety of approaches and mediums.

Modern Laundry can be purchased at Art Metropole and TKVO. For additional copies, contact me through my website. 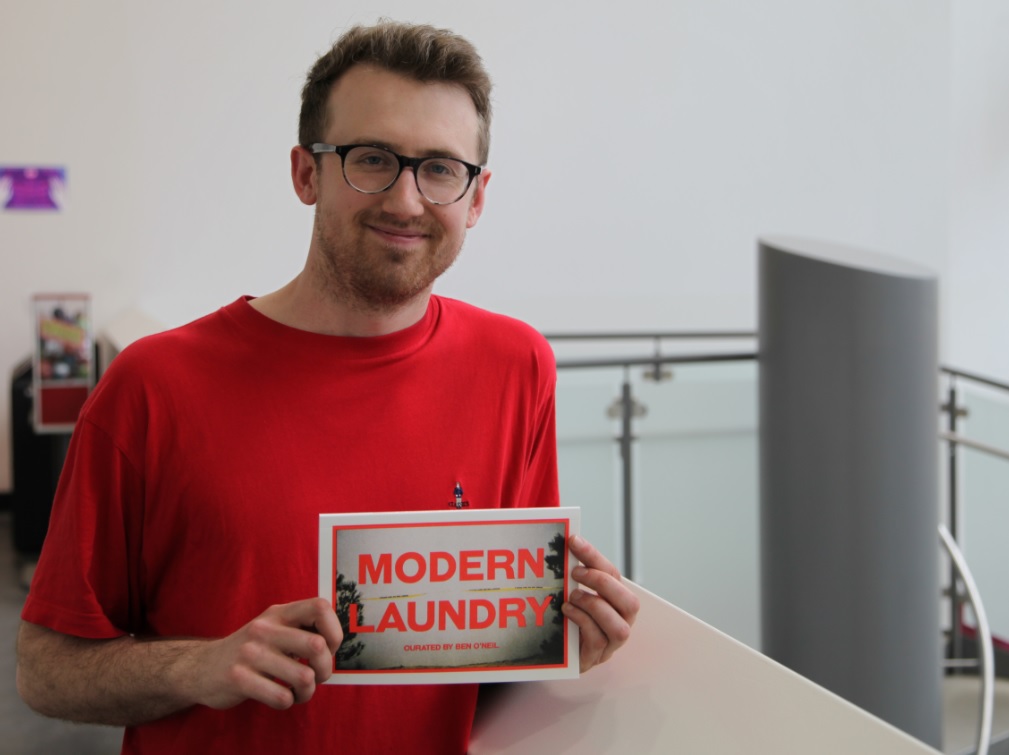 What are you up to now?

Besides working as a freelance illustrator and designer, I am working on a graphic novel project called Apologetica. I am also helping the DAYTRIP photography collective with the third issue of their publication, as well as co-writing a short film called The Sunset Channel.

What did you get out of OCAD University's Criticism and Curatorial Practice program?

I came to OCAD U wanting to be an abstract painter. The Criticism and Curatorial Practice program rekindled my love for writing and art history, and shifted my practice away from formalism and complete abstraction.

I had drawn cartoons and comics as a kid, but never really thought they could contribute to a meaningful art practice until I came to Toronto and was exposed to the zine and comics community here. I found this community much more accessible, engaging and fluid than the ones I found in formal galleries. Not only did people generally produce and share their work at a greater rate, they were constantly involved in group zines and anthologies, often curating their own publications filled with their friends’ work. As a curatorial student, I found this deeply inspiring. 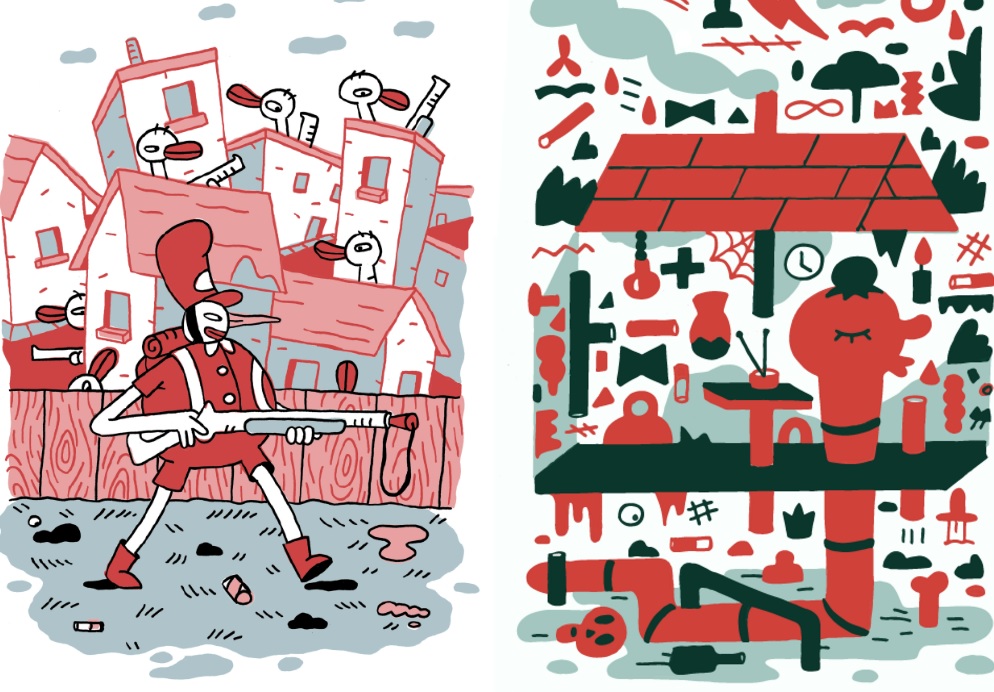 You’re a great artist and designer. How did your practice fit into art history and curatorial practice?

Once I shifted my practice and started drawing comics and making zines, I found it hard (at first) to reconcile these with my curatorial and critical interests. Where these two separate practices came together was with Modern Laundry and other publication projects. My design and illustration work had awakened a love for the sequential medium of the book, so by deciding to curate a book instead of a gallery show, I found a strong centre amongst my interests.

As for placing my practice within art history, in the past few decades there have been many great artists creating cartoons or comics who use the inherently naive or childish elements of these mediums to emphasize the darkness and complexity of their subject matter. Philip Guston’s paintings throughout the 1970’ were a huge inspiration for me, as well as the underground comics scene in the 1980s, including artists such as Kaz, Mark Newgarden and Mark Beyers. 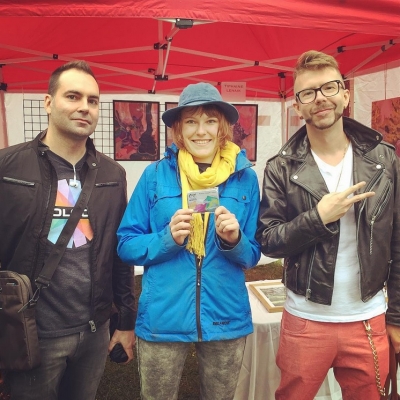 Eight emerging OCAD University artists joined some 200 artists and artisans at the 13th Queen West Art Crawl on Sept. 12 and 13. Taking over Trinity-Bellwoods Park, this year’s exhibition included musical performances as well as a craft beer garden. Organizers made the spaces available at no cost to participants through OCAD U’s Career Launcher initiative.

Tiphaine Leonard was chosen from among her peers for the Fred L. Curry Award and a $500 gift card from sponsor Curry’s Artists’ Materials. Prominent artist and OCAD U graduate, Alex McLeod was the lead juror.