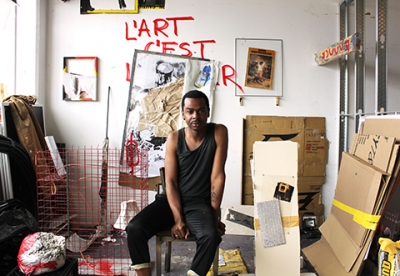 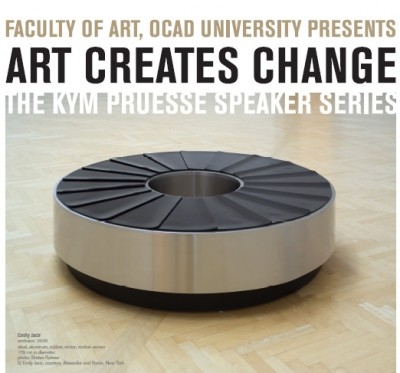 Journalist Kaelen Wilson-Goldie has observed that “[t]he strength of Jacir’s work lies in her combination of opposites, seamlessly exchanging the sublime and the banal, the sentimental and the cynical, the spontaneous and the studious, the poetic and the political within a single piece.” Emily Jacir achieves her consistently groundbreaking work through a diverse range of media and strategies including film, photography, social interventions, installation, performance, video, writing and sound. Jacir has shown extensively throughout Europe, the Americas, and the Middle East since 1994. Solo exhibitions include Beirut Art Center (2010), Guggenheim Museum, New York (2009), Kunstmuseum, St. Gallen (2008). Jacir participated in dOCUMENTA (13) (2012); the 51st (2005), 52nd (2007), 53rd (2009), 54th (2011) and 55th (2013) Biennale di Venezia; the 15th Biennale of Sydney (2006); Sharjah Biennale 7 (2005); and the 8th Istanbul Biennale (2003). Awards include a Golden Lion at the 52nd Venice Biennale (2007); a Prince Claus Awards from the Prince Claus Fund in the Hague (2007); the Hugo Boss Prize at the Guggenheim Museum (2008); and the Alpert Award (2011) from the Herb Alpert Foundation. In addition to these awards, Jacir has two monographs devoted to her work and has served on prestigious international juries. She is a professor at the vanguard International Academy of Art in Palestine. She currently lives around the Mediterranean.

The Faculty of Art at OCAD University is pleased to co-sponsor Emily Jacir’s Artist Talk with the Toronto Palestinian Film Festival. Conceived in 2008, TPFF uses cinema and art to explore the extraordinary narratives of Palestinians in Palestine and the diaspora. The films examine a wide array of topics from a unique and under-represented Palestinian perspective, and highlight the dynamism of Palestinian culture. TPFF also hosts other cultural events before and during the festival including art exhibitions, musical performances, outdoor film screenings, culinary events and discussion panels.

An artist, educator, writer and theorist, Kym Pruesse is celebrated as an expert in popular culture, art and design history, visual activism, art criticism and curatorial practice. A part of the OCAD U community since 1994, Kym taught courses in media and cultural studies, contemporary theory, women in art, art criticism, popular culture and studio. She believed in a cross-disciplinary perspective and taught in both the Faculty of Art and the Faculty of Liberal Studies at OCAD U. She passed away suddenly in June, 2009. The Art Creates Change series commemorates Kym’s work at OCAD U, as well as her contribution to the Toronto art community.

The Kym Pruesse Memorial Scholarship is awarded to a student in excellent standing who shows a demonstrated interest in curatorial practice, art and design activism and/or popular culture. If you would like to make a donation in support of the scholarship, please contact Development & Alumni Relations at 416-977-6000 Ext. 481.