Opportunities for student mobility/exchange in the UK

Synaesthesia is an inherited neurological condition that gives rise to a kind of 'merging of the senses'. For example, synaesthetes might 'see' colours when they hear music, or experience tastes in the mouth when they read words. One particularly common variant is experiencing colours when reading letters or numbers, and this variant of the condition – known as grapheme-colour synaesthesia -- is found in around 1 in 100 people. What are the experiences of synaesthetes, and how do these unusual experiences develop during childhood? How do they impact on schooling and early life development and how do adult synaesthetes navigate their multisensory worlds? I will explore the nature of these cross-sensory experiences and ask what they might also tell us about sensory processing in the population at large. I’ll describe what I have learned from the scientific research carried out at my Synaesthesia and Sensory Integration lab over the last decade, and how synaesthesia might open novel ways of understanding creativity, perception and the very nature of reality.

Dr. Julia Simner is a neuropsychologist and leading expert in the field of synesthesia research. She trained at the Universities of Oxford, Toronto and Sussex, and she currently runs the Synesthesia and Sensory Integration lab at the University of Edinburgh, Scotland. Her work focuses on the psychological and neuroscientific bases of synesthesia, and has been published in the high impact science journals such as ‘Nature’. She is the editor of the Oxford Handbook of Synesthesia and is keenly interested in facilitating the public’s understanding of science. Her work has been reported in over 100 media articles worldwide, including the NY Times, BBC, CBC, Telegraph, Times, New Scientist, Scientific American etc. In 2010 she was recognised as an outstanding European scientist by the European Commission’s Atomium Culture Initiative and her science writing for the general public has been published in some of Europe’s leading national newspapers.

This presentation is co-sponsored by OCAD University, The Colour Research Society of Canada, MaHRC, and the Fraser Mustard Institute for Human Development, with financial support from the Social Sciences and Humanities Research Council. Refreshments will be served following the lecture. 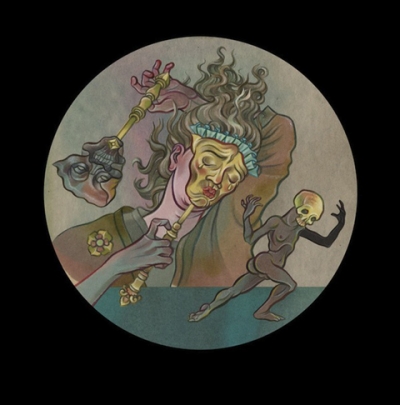 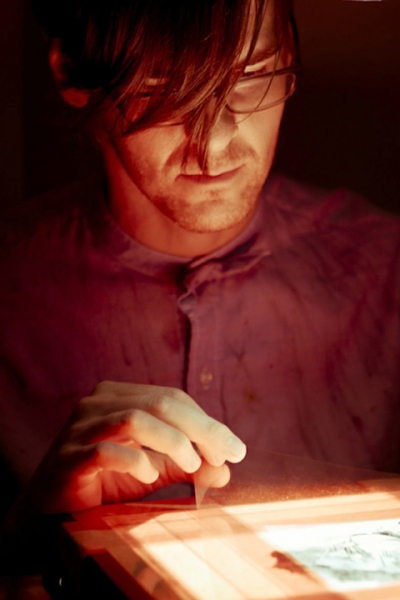 Daniel Barrow, a Montreal-based artist working in video, film, print-making, drawing and known for his projection installations and performances, is on his way to work in Dufftown Scotland after winning this year’s Glenfiddich Artist-in-Residence Prize.

Barrow is one of eight artists chosen from around the world for the three-month residency. Valued at $20,000 per artist, the residency covers travel, living expenses and materials. The artists live in crofts (traditional small Scottish farm houses) and work closely together, making it an inspiring opportunity for cross-disciplinary ideas.

OCAD University’s Vladimir Spicanovic, Dean, Faculty of Art, and Lisa Deanne Smith, Acting Curator of Onsite [at] OCAD U, were involved in the highly competitive jury process for this year’s award. The jury selected Barrow for the depth of his imagination and innovative practice. Barrow was also the winner of the 2010 Sobey Art Award and is represented by Jessica Bradley in Toronto.

While preparing to leave for his residency, Barrow shared his thoughts about what winning the prize means, along with some advice for students:

OCAD U: Congratulations on the prize win! When are you going?

I’m leaving early, in mid-May because I have shows booked in Europe before it starts. I’ll be doing performances in Oslo, Brussels, Venice and Croatia. The residency itself will be from June through August.

OCAD U: What kind of impact do you think it will have on your work?

DB: I’m not sure what to expect. I’m looking forward to a certain degree of isolation and getting work done in the Highland Mountains, and I really like the works coming out of the residency. I’m hoping it will inspire me. I’d like the work to unfold organically within the context, however, I do have to ship all my art supplies. I anticipate I’ll be working on a narrative performance project while I’m there.

OCAD U: How do you keep learning and challenging yourself as an artist?

DB: I went to art school at the University of Manitoba. It was a very exciting time in the early to mid-90s, and I went to school with a lot of artists who went on to establish themselves in the art world. So my peers and professors were a source of inspiration, and it was because I went to school with so many dedicated and inspired artists that I felt emboldened to quit my day job and work as a full-time artist. The thing that people need to know about being a full time artist is that it’s a lot of work. It requires a certain degree of sacrifice and dedication. I saw that in art school and the other students offered me a path. I still keep in close touch with my peers.

OCAD U: What advice would you give to the OCAD U community?

DB: I taught at Concordia for two years and what I told my students is that those who go on to succeed in the art world are not necessarily the best, but those who establish themselves in the community. That’s so important — establishing a peer group and creating relationships with other artists.

(Toronto — April 26, 2011) Glenfiddich, the world’s most awarded single malt scotch, today announced that Helen Cho of Ajax, ON will be the 2011 Canadian Artist-in-Residence at the company’s distillery in Scotland this summer.

Ms. Cho was selected from a shortlist of nine artists. In all 125 artists from across Canada submitted proposals. The competition was juried by an OCAD University panel led by Charles Reeve, Curator of Onsite [at] OCAD U gallery.

According to Reeve, Cho’s proposal stood out for her intention to create works based on her engagement and interaction with the community and setting of Dufftown where the distillery is located.

“I am delighted for the opportunity to work in the supportive environment of the Glenfiddich Artist-in-Residence and share my work with the community of Dufftown,” says Helen Cho.

“I have been investigating the idea of systematically breaking down an artwork so that its production process can be made visible and accessible to the public. I am very excited to bring this idea from a developmental stage to fruition and to interact with local residents in the unique setting of the Scottish Highlands,” says Cho.

“We are very proud that the Artist-in-Residence program appeals to so many of Canada’s leading and emerging contemporary artists,” says Andy Fairgrieve, Program Coordinator. “The range and scope of the submissions is a true reflection of the creative exploration going on in Canada today.”

Each year, Glenfiddich sponsors up to eight artists from around the world to live and work at the distillery in Dufftown. The residency, valued at roughly $20,000 per artist, represents Glenfiddich’s commitment to pioneering spirits, the arts and the communities it serves.

The artists live in crofts at the distillery and are encouraged to find inspiration from their unique setting in the Scottish Highlands. One of the special benefits is the opportunity to work in an international artists’ community, to share a dialogue with one another and to foster cross-disciplinary ideas.

The Artist-in-Residence program covers the cost of travel, living expenses and working materials while at the residency.

About William Grant & Sons
William Grant & Sons is an independent family-owned distiller founded by William Grant in 1886 and today still controlled by the fifth generation of his family. The Company distils some of the world’s leading brands of Scotch whisky, including the world’s favourite single malt Glenfiddich®, the handcrafted range of The Balvenie® single malts, and one of the world’s best loved blended Scotches, Grant’s®, as well as selected other spirits, including Hendrick’s® Gin, Sailor Jerry® Spiced Rum and most recently Tullamore Dew Irish Whiskey.

About Onsite [at] OCAD U
Formerly called “The Professional Gallery,” Onsite [at] OCAD U (www.ocad.ca/onsite) was launched in 2007 with Rirkrit’s first solo exhibit in Canada. Since then, it has hosted solo and group shows featuring dozens of nationally and internationally significant contemporary artists and designers, enriching OCAD U’s educational experience while helping to make this university an indispensable cultural resource for the region.