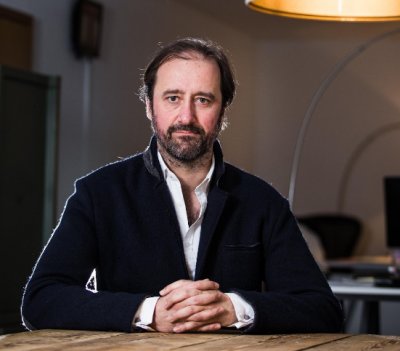 Jonathan Chippindale is Chief Executive of Holition. Formed as a venture start- up to explore and expand the role that technological innovation can play in communicating with today's new digital consumer, Holition is a synthesis of luxury marketers, retail specialists and cutting edge leaders in innovative and emerging digital technology. They craft premium digital experiences for a growing network of pioneering luxury organisations including Richemont, LVMH, Kering and Swatch Group across the emerging digital fashion and accessory sectors.

Jonathan is an External Industry Advisor and Visiting Lecturer at Central St Martins and the British School of Fashion, a member of the London College of Fashion Digital Think Tank, a mentor to BBC Worldwide Labs and Tech Stars, as well as advisor to the University of Cambridge Digital Compass. 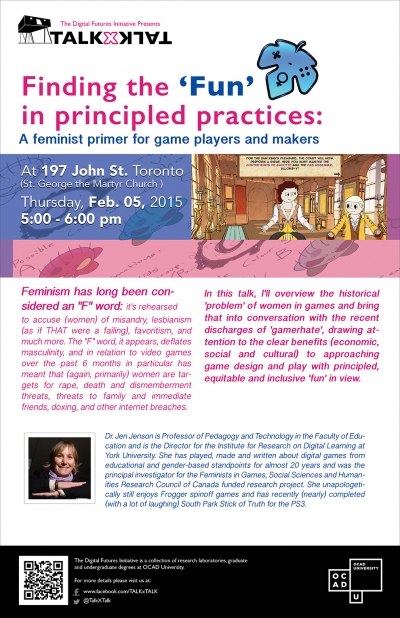 Our Lecture Series continues next week Thursday, Feb. 5th with a talk from Dr. Jennifer Jenson, Professor of Pedagogy and Technology in the Faculty of Education and Director of the Institute for Research on Learning Technologies at York University.

We look forward to seeing you next Thursday @ 5pm in the Music Hall at St. George the Martyr Church - 197 John Street. 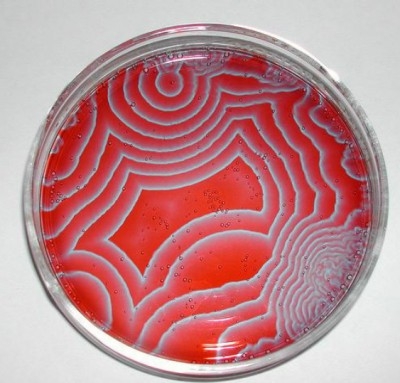 Science and art often have a perceived divide in contemporary culture, yet historically both their roots stem from similar manifestations of creativity and aesthetics, in exploring, responding to, and explaining Nature. This Royal Canadian Institute panel presentation brings together scientists, artists, and those with a foot in each of the ‘two cultures’ to discuss their interdisciplinary practices, and encourage novel ways to understand the world around us.

A0 (ALSO Collective + Mason Studio) invites you to The Perimeter Series, the first of a series of panel discussions on issues related to contemporary design practices.

"Hybrid Design: Collaboration in Practice” is the topic of the first discussion and investigates the value of working in cross-disciplinary formats. The panelists will explain how collaborative efforts in their professional practices have informed their current work, their forecasts for the development of these processes, and the risks and issues in collaboration. The ideas expressed by the panelists will begin to explore if and how adaptive modifications are required in a Canadian context to facilitate collaboration in practice.

The Perimeter Series was developed by AZero, the joint efforts of ALSO Collective and Mason Studio. The studios share philosophies of design, but originate from two distinct practices. ALSO occupies a space in digital media and graphic design, while Mason inhabits the domain of physical interior space. The Perimeter Series was developed as an opportunity to share in the conversation between the studios to explore a shift in the boundaries of design. Come take part in our discussions!

This event is free. Please register. 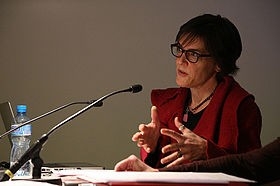 Graduate Studies and the President's Office are please to welcome Dr. Amelia Jones

Jones is the author of a number of books including Postmodernism and the En-Gendering of Marcel Duchamp (1994), and Body Art/Performing the Subject(1998), Irrational Modernism: A Neurasthenic History of New York Dada(1994), and Self-Image: Technology, Representation, and the Contemporary Subject (2006). This latter book expands on her work on body art, exploring the experience and understanding of the self in relation to performances of the body via technologies of representation from analogue photography to the Internet. It is linked to Jones's new research on the problematic of identity or identification in relation to visuality and Euro-American histories and practices of contemporary art and visual culture broadly construed; this latter interest finds its way into a number of articles published in journals from Art History to Parallax and The Drama Review and the book Seeing Differently: A History and Theory of Identification and the Visual Arts (2012). Seeing Differently offers a history and theory of ideas about identity in relation to visual arts discourses and practices in Euro-American culture, tracing the rise of identity politics in the mid-twentieth-century and critically examining debates in art discourse about "gaze theory," "post-identity" movements, and "multiculturalism." The book covers case studies of art practices exploring aspects of how we identify in relation to visual images, and offers a new theory of how to think issues of identification in relation to visual culture.

Jones has curated exhibitions, including Sexual Politics (1996, UCLA/Hammer Museum) and Material Traces: Time and the Gesture in Contemporary Art (2013, Leonard and Bina Ellen Gallery, Concordia University, Montreal). She has organized performance and creative events including Theorising Queer Visualities (2005), Faith and Identity in Contemporary Visual Culture (2006), and Fluid States: Trans- Montréal, for the Performance Studies International 2015. And she has edited volumes such Contemporary Art, 1945-2003 (2005) and Feminism and Visual Culture Reader (new edition, 2010), which collectively attempt to rethink standard chronologies and modes of thinking about areas of visual culture studies and art history by including voices previously marginalized, or otherwise not fully accounted for, in debates and histories of these fields. Strategically, as with Jones's curating and single-authored books, these aim to provide new ways of thinking histories of art and ideas that work in productive tension with existing dominant histories. This goal of (un)doing and/or rethinking art's histories (including the very structures through which these histories unfold and are institutionally embedded) is also reflected in the new series Jones is co-editing with Marsha Meskimmon at University of Manchester Press, entitled "Rethinking Art's Histories."

Jones's research is also at the forefront of the surge of interest in retrieving histories of feminist art and histories of performance or live art practices from the 1960s and 1970s. She has published major essays on feminist curatorial practices as well as an article on Marina Abramović's recent projects re-enacting body art works from the past and staging herself as an artwork (in The Drama Review, Spring 2011). Her new book, co-edited with Adrian Heathfield, Perform Repeat Record: Live Art in History (Intellect Press, 2012) includes a range of primary documents, artist's projects, and academic articles examining the issues surrounding historicizing ephemeral, live art practices. 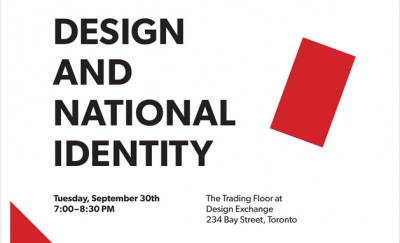 A0 (ALSO Collective + Mason Studio) invites you to The Perimeter Series—a series of panel discussions on issues related to contemporary design practices, academia, and industry.

This third and final panel of our 2014 Perimeter Series tackles a topic close to home—or distant depending on your vantage point. Design and National Identity investigates the interplay between design, geography, politics, economics, history, and how they shape—and are shaped by—national identity.

This event is hosted by the Design Exchange, and moderated by Shauna Levy. The panelists are:

The Perimeter Series was developed by A0, the joint efforts of ALSO Collective and Mason Studio. The studios share philosophies of design, but originate from two distinct practices. ALSO occupies a space in digital media and graphic design, while Mason inhabits physical interior space. The PerimeterSeries was developed as an opportunity to share in the conversation between the studios to explore a shift in the boundaries of design. Come take part in our discussions!