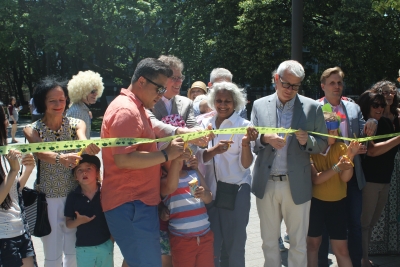 Flanked by the AGO to the North and OCAD U’s central campus to the East, Grange Park has long been a space for students to relax and socialize. New furnishings and an improved layout will make it even more inviting for the entire neighbourhood. Two new playgrounds, a splash pad and an off-leash dog area are among the improvements, and the Henry Moore sculpture, Large Two Forms, has been moved from its Dundas and McCaul Street corner to the park, where it can be appreciated from all angles.

OCAD University has had a place at the Grange Park Advisory Committee (GPAC) table since discussion of the renewal began. It’s estimated 150,000 people live within walking distance of the park. 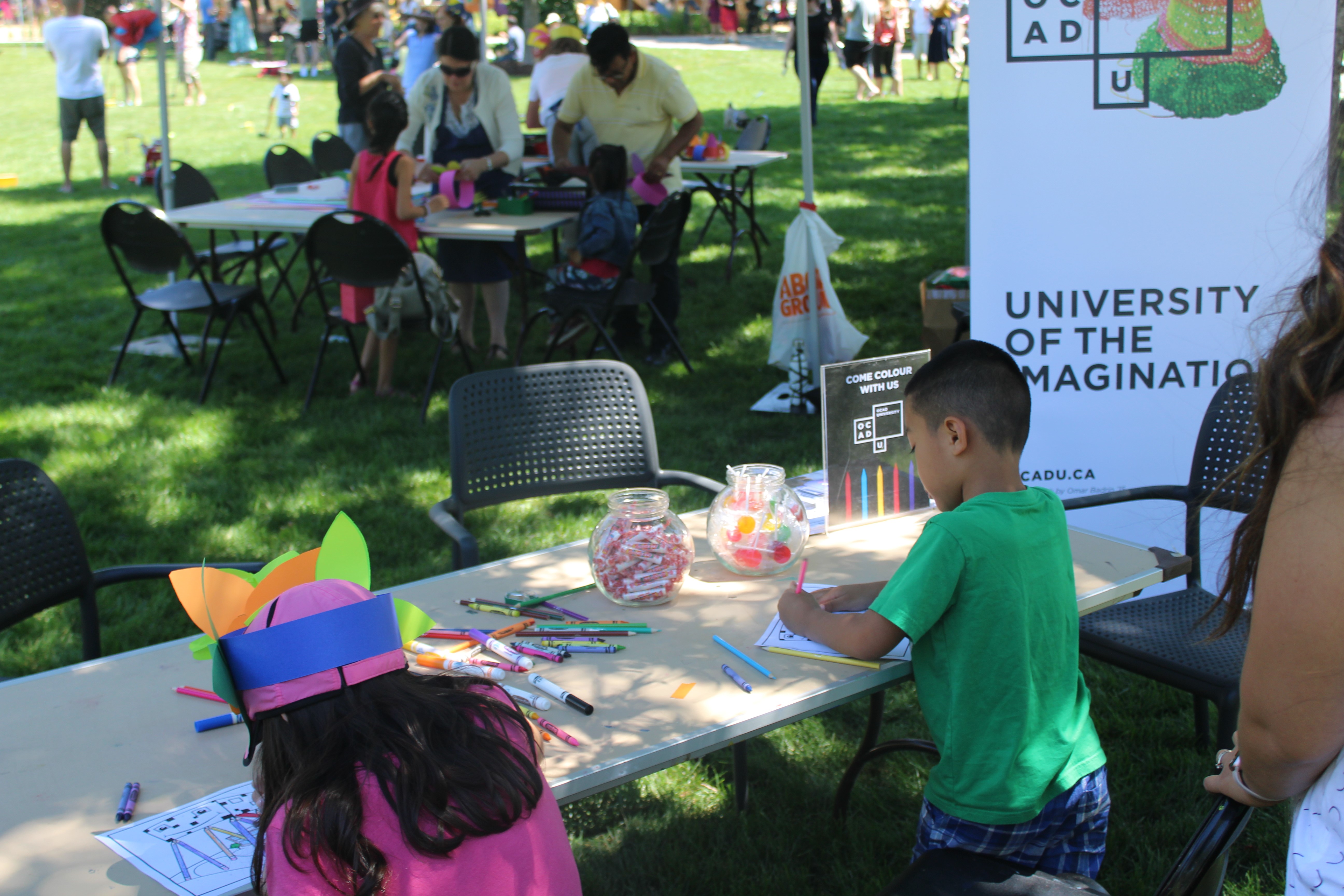 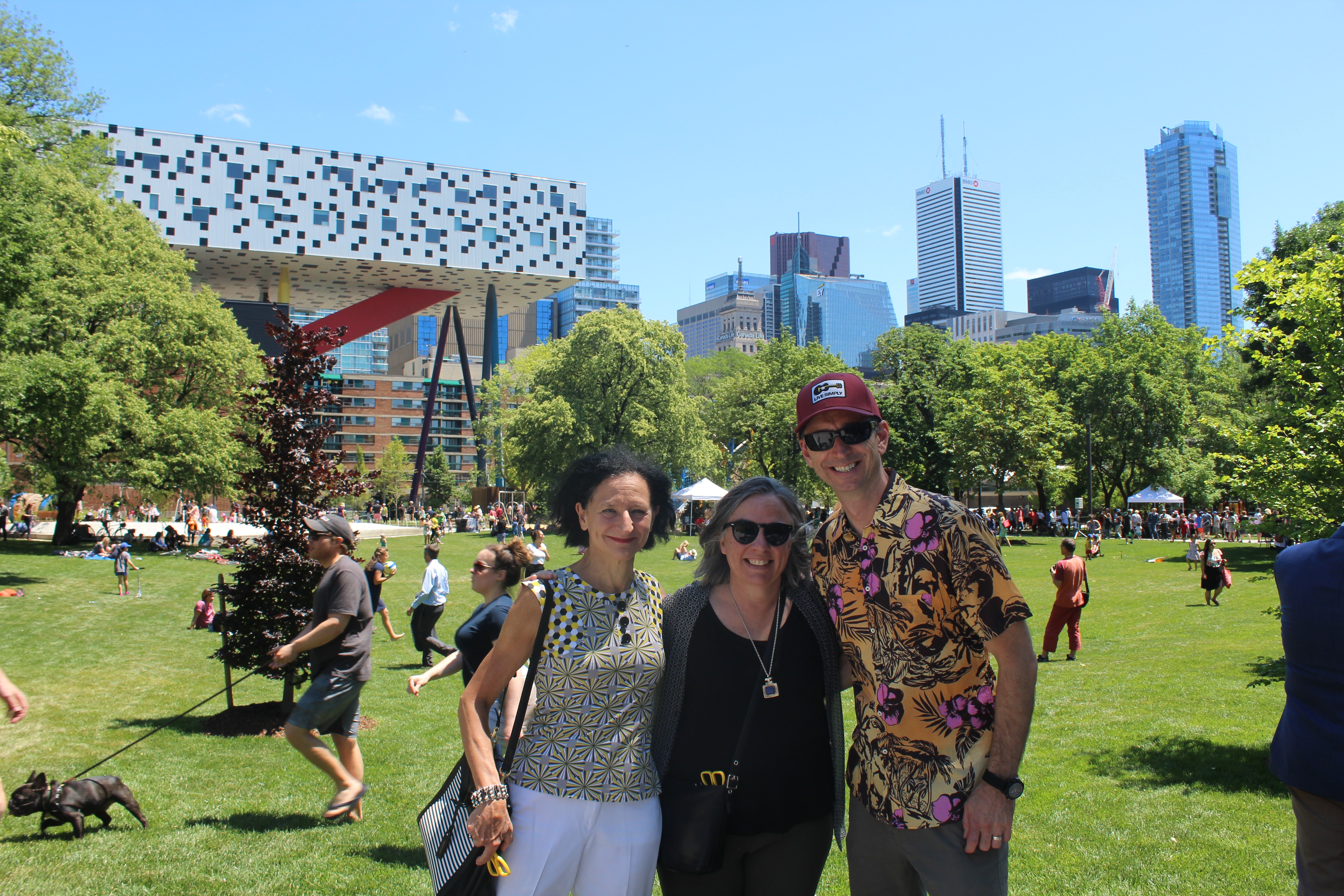 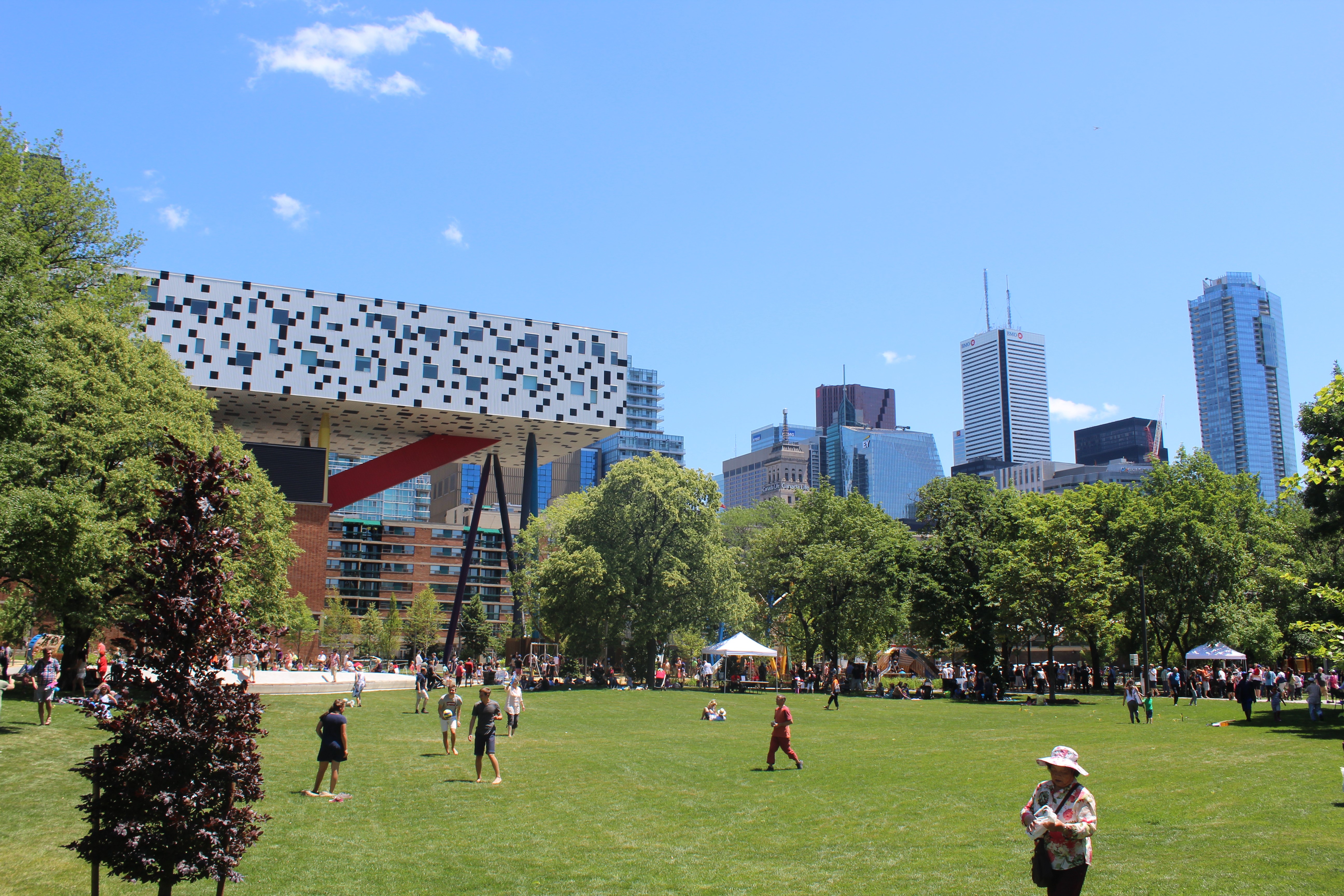 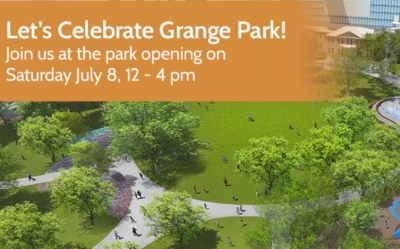 The Grange Park Advisory Committee invites you to celebrate the completion of the park revitalization project!

Starting at noon and running to 4 p.m., the festivities include:

Join President Sara Diamond, Gillian Siddall, Vice-President, Academic and Robert Luke, Vice-President, Research & Innovation for the ribbon-cutting ceremony at 1:30 p.m. when 200 pairs of scissors will be handed to the public to cut the 600-foot ribbon.

The Grange Park revitalization project has increased the number of trees in the park, and includes two new, large playgrounds as well as a splash pad. Perennial flower beds are surrounded by new benches and seating. An off-leash dog area, washrooms and improved lighting have been added. As you may have seen, the Henry Moore sculpture, Two Large Forms, is now in the park where it can be viewed from all directions in a new, grassy setting.