SPONTANEOUS COMBUSTION
Spontaneous Combustion was a collective of contemporary visual artists, many who had graduated from the Ontario College of Art in the early-to-mid 1980’s. These artists worked in a variety of media ranging from large format printmaking to holography and almost all presented their work in installation format.

In interviews supported by archival film and photography, Spontaneous Combustion founders b.h. Yael, Gwen MacGregor and Caroline Langill discuss the collective’s origins, the role of the artist as curator and how few opportunities existed for installation artists – particularly for artists who were working with kinetic work or electronics.

COLD CITY GALLERY
“The brainchild of Toronto artist Dyan Marie, Cold City was formed as a new way to exhibit and sell work. While many hybrid galleries similar to the Cold City model have flourished since, Cold City was arguably the first of its kind in Toronto.” The Cold City Years: Power Plant

Through interviews with Cold City founder Dyan Marie and artists Peter Bowyer and Eldon Garnett, as well as archival photos and videos, this film chronicles this collectives’ ties to literary and critical journals of the day - the name Cold City was adapted from the “Cold City Fiction” issue of Impulse magazine. The artists also discuss the operational philosophy of the gallery and the devastating effect that the AIDS crisis had on the gallery and Toronto’s visual arts community.

PAINTING DISORDERS
Painting Disorders launched their celebrated inaugural show in November 1994 in a rough space on King West. Eye Magazine called the show “a focused, strategic view of the place of painting in the information age” and Canadian Art magazine wrote that it was “one of those tight-as-a-drum shows where each artist carefully reins in his or her work to create an impression of unity and purpose.”

In interviews with Painting Disorders founding members Eric Glavin, Angela Leach and Mark Bell we delve into this collective’s desire to explore the diversity of expression to be found in contemporary non-representational painting. The artists also discuss their influences as well as the challenge in finding opportunities to show their work in an artist-run or commercial gallery scene that had little capacity to exhibit emerging 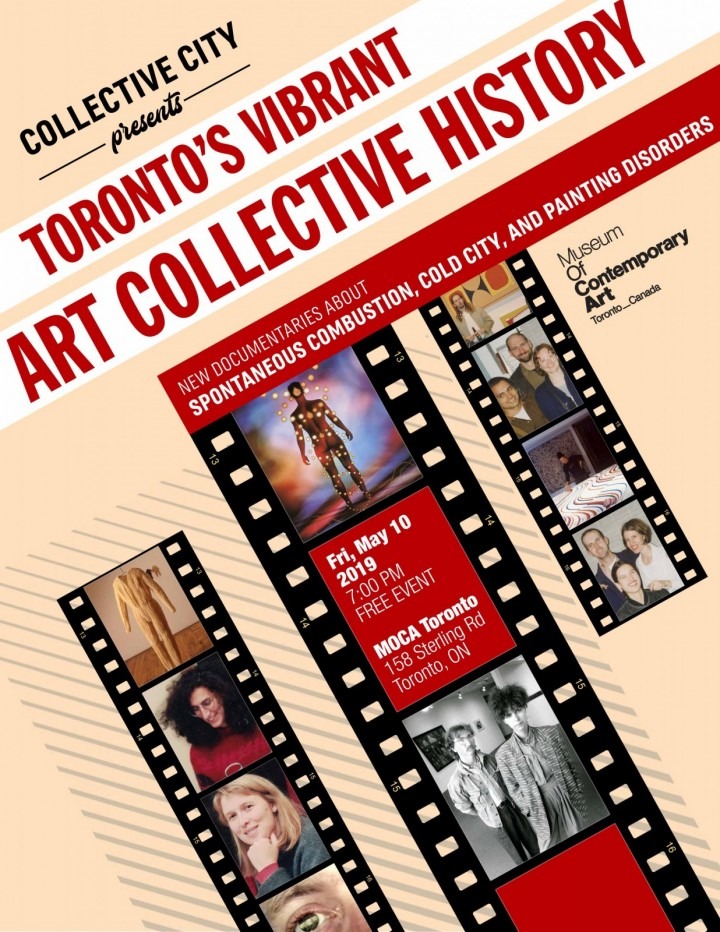