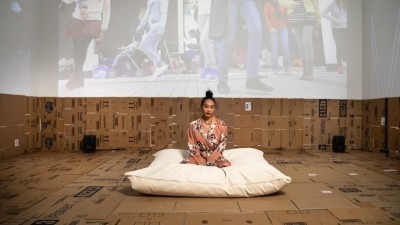 OCAD U congratulates artist and OCAD U alum Stephanie Comilang on winning the prestigious 2019 Sobey Art Award. The announcement was recently made by the Sobey Art Foundation and the National Gallery of Canada at the Art Gallery of Alberta in Edmonton. The 39-year-old artist, representing the Ontario region, was awarded Canada's most prestigious contemporary art prize worth $100,000 CAD.

Comilang divides her practice between Toronto and Berlin. Her documentary-based works create narratives that look at how our understandings of mobility, capital and labour on a global scale are shaped through various cultural and social factors. Comilang's video works follow Paraiso, a Tagalog-speaking "drone" who documents Filipino diasporic experiences.

In a recent interview with The Art Newspaper, Comilang recognized OCAD U for allowing her to realize her dreams: “At OCAD U, it was knowing that you could make art,” Comilang said. “As a kid growing up, you’re not really sure.”

The Sobey Art Award recognizes Canadian artists who are forty years old or younger, selected by a jury of Canadian and international curators and gallery directors. The award represents the breadth of contemporary practices from Canada's five geographical regions, selecting a shortlist that engages with a variety of ideas and approaches.

The other four shortlisted finalists, Nicolas Grenier, Kablusiak, Anne Low and D'Arcy Wilson each received $25,000. All five artists are being showcased in a feature exhibition on until January 5, 2020 at the Art Gallery of Alberta. 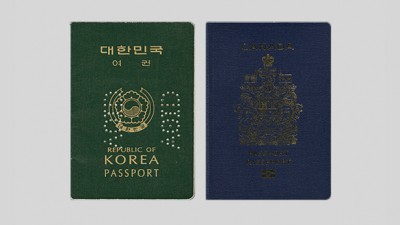