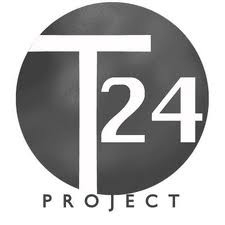 The Toronto Youth Shorts Film Festival hosted their annual T24 Project, a unique twist on the 24-hour film challenge format for local emerging filmmakers, on January 17-18, 2014. Thirteen teams from across the GTA participated in the film challenge where they had to create a short film that answered an essay-style question. Eight teams completed their film on time.

This year the theme is ApocalypT.O. Filmmakers were asked to examine and provide commentary on what could cause "the end of days" in Toronto and how the population can deal with such an event. The T24 Project tests young filmmakers' ability to think on their feet and exercise their skill in film production under an intense but exciting experience. “Most 24 hour film contests are very minimal. They give you a prop, they give you a sentence but [the festival] gave us an idea to work with,” said Gorjan Veletic, co director of the T24 Project film Peaches.

Though the idea of apocalyptic cinema may bring out many standard tropes from horror and science fiction, teams were
creative in their incorporation of the theme, applying it to many situational narratives that transcend the genre. “For me, it
was how we can make it not go in that direction,” said Anne Phitsanoukanh, director of Stiffilis, a short based around the concept of social media and memes. “I wanted to try something more refreshing other than the whole zombie or dead people aspect.”

At the film screening, one of the eight teams will be awarded the Visual Thesis Award by an esteemed panel of industry professionals. Jury members include Arthur Yeung (co-host of Frameline on Radio Regent and winner of a 2013 Trailblazer Award at the ReelWorld Film Festival), Bern Euler (Festival Director of the Canadian Film Festival), Milica Dodic (programmer for the Academy of Canadian Cinema and Television’s Canadian Screen Awards), Joshua Ostroff (senior editor at the Huffington Post Canada), and Kania Lou Gagliardini (Production Coordinator at the Emmy Awardwinning interactive agency, Secret Location). They will also be providing feedback of the films at the event.

"I don’t think there’s any better way to pay tribute to something you love than to imagine its ultimate destruction. It’s for
that reason we were excited to present this year’s T24 Project challenge question to the filmmakers, and it’s the reason we're excited to present their films,” said John Gallagher, Toronto Youth Shorts Film Festival programming coordinator.

The T24 Project film screening takes place Thursday, February 13, 2014 at 7:30 p.m. at Innis Town Hall, University of Toronto (2 Sussex Ave). Single tickets cost $8.50 and a group package of ten tickets costs $50 when purchased in advanced at www.torontoyouthshorts.ca. This is an 18+ event.

The following list of films will be presented at the T24 Project screening:

ALL WE'VE GOT
Directed by Ryan Liu (Broadcasting student at Centennial College)
Starring Paul Dods, Stephanie Bergeron, and Nick Aliwalas
Stuck in their house with very little food left, a couple and a mutual friend try to get through the days without driving each
other crazy. Soon their resources are depleted and they are forced to go outside in order to survive.

THE DROUGHT
Directed by Jacky Vuong (freelance filmmaker and York University alumni)
Starring Hourmazd Farhadi, Jennifer Carolina Meneses, Emma Alimi, and Meesun Kim
A couple suddenly loses their libido in the middle of a session and they seek help.

GAG
Directed by Jamie McMillan (graphic artist and web designer)
Starring Deidre Hennigar
A lonely scientist who is desperate for friends and company takes in a stranger.

HINTERLAND
Directed by Adrienne Knott (University of Toronto student and member of Raindance on Campus)
Starring Jordan Policicchio and Matthew Griffith
43 days after an unknown event that silenced the city, a man hopes to find someone to talk to. Anyone.

PEACHES
Directed by Greg Fox, Gorjan Veletic and Adrian Gentili (Film Studies students at Ryerson)
Starring Hannah Gordon and Oresiri Oputu
A woman keeps a video diary of her days after a hydro facility contaminates the water system and kills most of the
population.

STIFFILIS
Directed by Anne Phitsanoukanh (Media Studies student at University of Guelph Humber)
Starring Mark Browning, Winnie Wong, Tina Seepersad, and Nathan Chan
A new meme becomes a universal sensation but one man finds this joke to be more severe than it appears.

About the Toronto Youth Shorts Film Festival
The Toronto Youth Shorts Film Festival is a showcase of cinematic work from local emerging filmmakers aged 14-28 in the Greater Toronto and Hamilton Area. The festival provides a professional platform for young filmmakers to network with peers, present their films on the big screen, and receive adjudication by industry experts.