Second-year IAMD students are fundraising for their thesis shows, through the sale of artist multiples, baked goods, and more.

Dreaming of Bear and Crow 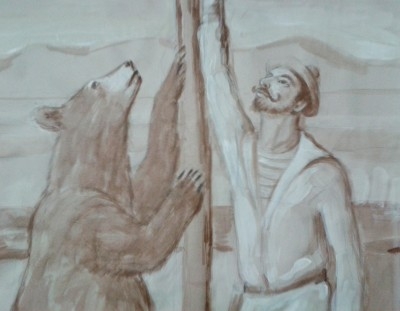 Five hundred years ago, a young Mi’kmaw woman dreamed of the coming white man to her shores in Nova Scotia. Through the dream, the artist explores his emerging Métis heritage, with a series of acrylic paintings on vintage taxidermy animal skins. The polar bear, muskox, spirit bear, wolverine, and other studio objects reveal the artist re-telling of this classic first- contact story. 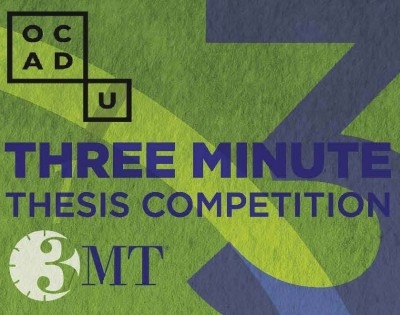 An opportunity to present your thesis or MRP topic to the community, gain feedback, and network

Three Minute Thesis (3MT™) is a research communication competition which challenges graduate students to present a compelling oration on their thesis (or major research project) and its significance in just three minutes in language appropriate to a non-specialist audience. 3MT is an exercise in consolidating and clarifying research discoveries in a clear and compact manner.

OCAD University’s 3MT competition is an excellent opportunity for the OCAD U community to hear about the dynamic work of graduate students at OCAD U. Students will present concise summations of the research they are conducting for their thesis or MRP and how they are pushing the limits of traditional art, design and academia.
The competition will start at 10 a.m. on Friday, February 7, 2014 in the Auditorium (Room 190) at 100 McCaul Street. The top two presenters will also represent OCAD University at the second annual, province-wide 3MT™ competition in April at McMaster University.

We hope to see you then!

3MT History
The first 3MT was held at UQ in 2008 with 160 RHD students competing. In 2009 and 2010 the 3MT competition was promoted to other Australian and New Zealand universities and enthusiasm for the concept grew. Due to its adoption in numerous universities, a multi-national event was developed, and the Inaugural Trans-Tasman 3MT competition was held at UQ in 2010.

During 2011 and 2012 the 3MT competition became even more widely known throughout the world and is now held in twelve countries.

See some of the past 3MT presentations from around the world here: http://threeminutethesis.org/3mt-showcase 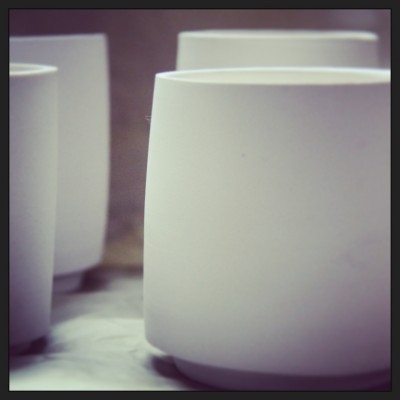 An Exhibition of Works by Raenel Leppky [IAMD MDes Candidate]

Although experimental, and resultant, a design practice developed through testing and trying has become a reliable, yet unpredictable, methodology to discover new designs. Driven by a subjective inquiry into materials, and through qualitative research, this work arises from a practice of methods, and of making, that leaves room for variation and development.
Centered on designs for the home, 'New Neomodernisms' is a collection of objects and furnishings, crafted using a series of hand-made and machine-assisted processes. This work explores the textures of interior spaces through a selection of natural materials, including ceramics, wood, glass, steel, and natural fibers.
Gallery hours:
Feb 7, 6:30-10:30
Feb. 8 -10, 11:00am-4pm
Feb. 11, 6:30-10:30pm 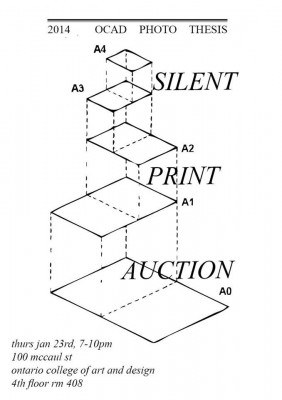 Come out and bid on works by fourth year OCAD U photography students!

The students of OCAD U's 2014 photo thesis year are hosting a silent print auction on the eve of Thursday, January 23. Join us in the photography department for the opportunity to view and bid on work by emerging artists from this year's photo thesis in addition to both mid-career and established artists.

Come on out to support an array of emerging artists!

Snacks and beverages will be provided.

Second-year IAMD students are fundraising for their thesis shows, through the sale of artist multiples, baked goods, and more.
Our first sale is this Friday January 17th.
Check out silkscreen and risograph prints, silkscreened bandanas, t-shirts, savory scones, and more!
Future sales February 6 & 7 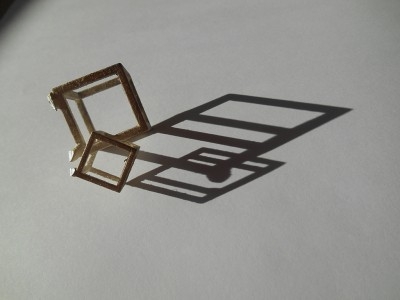 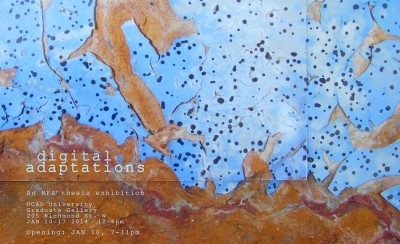 "Engaging with images far exceeds the boundaries of the frame and involves a process of visualization that cannot be constrained (the mental space of the viewer) nor should it be."
- Ron Burnett

Images are important tools for human communication. Making images of things we see around us is one of humanity's oldest cultural practices and the one that often defines an important stage in our cognitive evolution as a species: the birth of symbolic thought. Through this practice it became possible to make concretely visible what could be pictured by the mind (whether memories of things seen or the products of imagination) through a likeness created out of the materials at one's disposal.

Representing something through an image can be carried out in an infinite number of ways, depending on the choices of the artist, but an image's success as a representation depends on the viewer's individual judgment. This judgment involves not only vision but also imaginative extrapolations on vision that are unique to one’s particular experiences and cultural context – an active mental process Burnett calls ‘visualization.’ This interpretation and evaluation of images is a complex and poorly understood process of generating meaning by expanding upon what is seen. What are the qualities of a successful representation and how does it lead the viewer to interpret the image as plausible?

The work in "Digital Adaptations" can be seen as an attempt to picture this process – as a pictorial metaphor for the role of visualization in seeing, interpreting and making representative images. Each piece begins from an image – a photograph taken of the surface of a found object. Through various material translations, the picture is extended beyond the boundaries of the image into an imagined larger composition that incorporates the photograph seamlessly. How is plausibility achieved in representing beyond the limited field of the image?

Nick Sweetman is an independent artist whose practice revolves primarily around painting, though his body of work includes installation, public intervention, video, photography, and graphic design. He is fascinated by the spontaneous and the playful role it often has in his process. Currently he is finishing his thesis work at Ontario College of Art & Design in the Interdisciplinary Masters of Art, Media & Design program. His MFA thesis incorporates painting, photography, found objects and a variety of other material processes in an attempt to investigate representation and the mimetic tradition in art. His paintings and videos have been exhibited throughout Toronto, most recently as part of the Elaine Fleck Gallery’s catalogue show Presents, and as part of the group shows Grow Op and Lucky 13 at the Gladstone Hotel. In addition to his independent portfolio, he has worked as lead artist on a number of projects for various private and corporate clients, from small scale images for clothing, posters, tattoos, and even hockey equipment, to the creation of large scale murals. He lives and works in Toronto.

The Ship of Fools Project 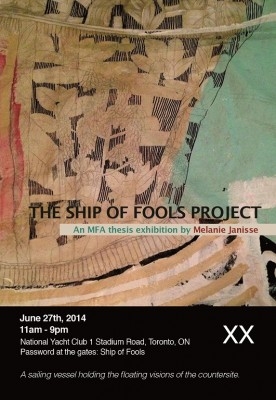 Throughout spring and summer 2013, graduating candidates from the IAMD program will present their thesis work in galleries and public spaces across Toronto. These exhibitions explore a wide variety of interdisciplinary subject matter and media including, drawing & painting, sound art, video, performance, health design, photography, furniture design, sculpture and installation. 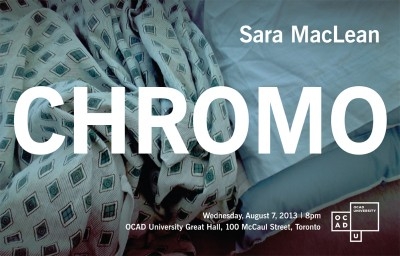