Still building for the future: Looking back with alumna Audrey Mercer

It has been 60 years since OCAD University saw its first expansion into 100 McCaul St., when the Ontario College of Art — or OCA, as it was then known — brought its fine art and design programs under one roof. 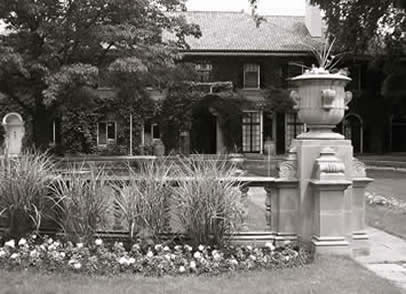 In the 1949–1950 Prospectus, the school’s program catalogue at the time, Principal Fred S. Haines reported on OCA experiencing an “increase in registration due to the influx of […] students” and the need for curriculum to be “expanded in all fields of Art.”  This “forced the College to take over the William Houston School […] space in Ryerson Public School” as well as lease space at Glendon Hall from the University of Toronto.  Aiming to push beyond structural limitations so that students could increase their capacity for learning and creativity, plans were “prepared and presented to the Provincial Government for an enlarged College at Grange Park.”

Our object is to produce artists, designers and craftsmen, fully equipped […] to enter any of the Fine, Graphic, Commercial or Industrial Arts. We feel it is impossible to design […] without knowing how […] articles are constructed, […] the potentialities of each material, and without studying the suitability of each. For this reason, we have inaugurated a department of three-dimensional design, and opened workshops in Woodworking, Pottery, Textiles, Metalwork and Leathercraft. Today it is increasingly important that designers know not only how objects are created by hand, but also how they are produced in quantity by machine. 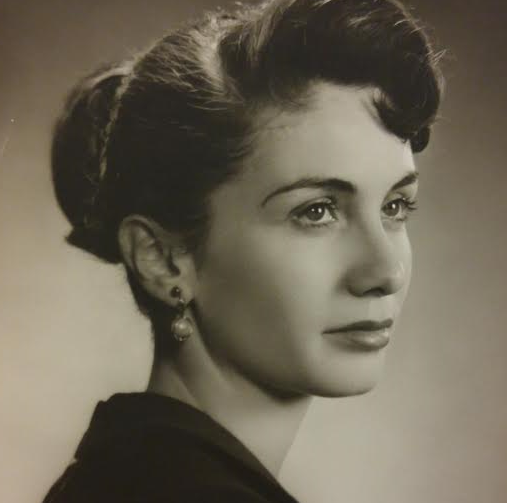 To get a glimpse into when the school began its transition to unify the disciplines of art and design, I took the opportunity to go and speak with one of OCAD U’s many alumni who attended the school when it was referred to as the Ontario College of Art.

Audrey Mercer, now in her early 80s, lives and works in Toronto. Before coming to Toronto and OCA, Audrey obtained accreditation as a freelance photographer from the George Easton photography program in the U.S. Surrounded by antiquities, books, stamps and art, we sipped on tea as I lsitened to her reminisce about OCA’s interim lease at Glendon Hall (1952–1956), which now serves as Glendon College, a bilingual campus for York University. Audrey recalls, “It was such a warm and cozy place to be. The tall windows would fill the library and drawing rooms with wonderful light. There were only about 25 of us, which made it a close-knit group.” 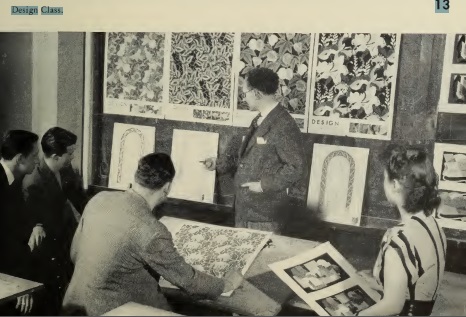 During those four years, Audrey’s trained eye served her well in observing the beauty of her surroundings. Sharing the grounds with the University of Toronto botany and forestry students, she and her fellow design peers would often utilize the wonderful gardens for a lunchtime break from their studies or sneak across to Sunnybrook Hospital to access its more extensive cafeteria.

Audrey also spoke fondly of her professors Lily Maley, Dorothy Hoover and David Hall Humpherson, and showed me some of her old schoolwork: hand-drawn lettering, research on Leonardo da Vinci and product design — assignments that immediately demonstrated  the intensity of the education she received. Audrey’s professionalism also came through in the work, and the pride she took in its execution is echoed in how she has preserved the exercises over the years, with each assignment looking as fresh as if it were done yesterday.

Audrey confesses that she was one of those students who liked to look at assignments as an opportunity to push learning to the extreme. Giggling, she admits to suggesting to one of her professors that their course should require a thesis paper.

I ask Audrey where she gained this love or appreciation for learning, and she shares a story about her grandfather, also an artist, who brought his family over from Poland. “My mom and her sisters were given a rare opportunity in the early 1900s to receive advanced schooling as women. My grandfather would declare, ‘I did not bring my family all the way over here to raise a bunch of illiterates.’” Audrey’s family was taught that education was a privilege that should never be shrugged off or taken lightly.

I then ask Audrey if she remembers the move to the Grange Building. “At first it was difficult," she explains. "The building had an institutional look and feel, and many of us design students were treated or felt as outsiders dressed in our professional garb and focusing on employable skills. I would often retreat to the intimacy of the library to escape the more expansive realm of the Grange building.” She also admitted to not thinking much about some of the required courses such as technical drawing, product design, woodworking, and sculpture techniques, as she couldn’t imagine at the time how they’d be useful to a career in advertising.

Upon further discussion about what Audrey did with her training, it turns out that this multi-disciplinary and multi-modal approach to learning actually served her well over the years. Since graduating, Audrey has found freelance work in the areas of design, antiquity restoration, colour theory, portraiture and even the teaching of history at a variety of schools throughout the city — a real Renaissance woman! Given this, one can only imagine what the continued expansion and increasingly multidisciplinary approach at OCAD U will inspire in its students, and what they themselves will produce in the future.