If the earth is a body, I wonder what it felt when we first tested the atomic bomb on July 16th, 1945? I wonder where its heart, head, and hand rest? We know when it throws a fit, when it cries or grumbles, opening the cracks of a hungry pit. We are reminded of its nurturing qualities when we eat from its feet and when we bathe from its tears. Whose body? What body? Sometimes, nobody cares to whose body is marginalized and compromised. And sometimes somebody gives a damn and we take a moment to look and understand. How about the celestial body? For centuries we have stared at the eyes of the stars, looking for directions, meaning and grand narratives in relation to our lives. What is your zodiac sign? Where is your Moon located? In which house? Unless you don’t believe in magic you might as well be considered dead. The fact that you are alive reading this press release is magical. Scientists have said that we are primarily made from dead stars sharing 97 percent of the same atoms. Carbon, hydrogen, nitrogen, oxygen, phosphorus, and sulfur - that is a group show. 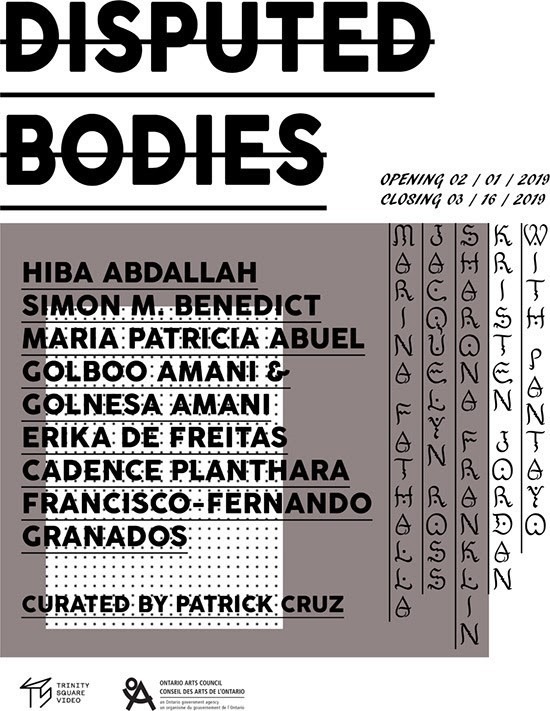 Trinity Square Video is accepting applications for the part-time position of Programming & Outreach Assistant. This position will help support and build the organization’s presentation and education initiatives. 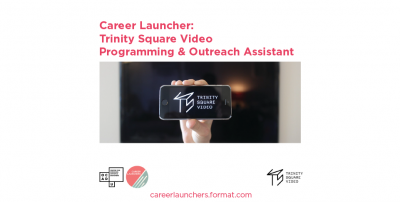 Trinity Square Video is accepting applications for the part-time position of Programming & Outreach Assistant. This position will help support and build the organization’s presentation and education initiatives. The Programming and Outreach Assistant will work within allocated budgets as well as identify potential external funding sources, including partnerships, collaborations, cultural agencies, foundations, and others-to supplement existing resources where possible.

Trinity Square Video is a not-for-profit artist run centre and exhibition space. Since 1971, Trinity Square Video has supported community organizations and artists from diverse backgrounds whose practice incorporates the use of electronic moving images in their work, by commissioning, exhibiting, training and making equipment and integration services available.

Trinity Square Video produces work and is situated on the traditional and unceded territories of the Anishinaabe, Haudenosaunee, the Huron-Wendat, and the Mississaugas of the New Credit First Nations. Trinity Square Video is committed to inclusivity, diversity, equity, and accessibility in representing and recognizing the community it serves.