Geoffrey Shea is a Canadian media artist and researcher whose work highlights the intersections and opportunities between technological systems, belief systems and identity. His productions incorporate interactive programming, site-specific installation, mobile phones, a philosophical twist and a critical voice. Working primarily in video and installation, Shea has demonstrated the effects of scale on depictions of subjectivity, from tiny poetic artworks to large public projections of ambient playspaces. 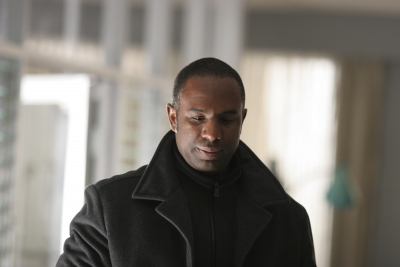 Stan Douglas was born in 1960 in Vancouver, where he continues to live and work.

His interest in the social implementation of western ideas of progress, particularly utopian philosophies, is located in their often divisive political and economic effects. His interrogation of the structural possibilities of film and video, in concert with intricately developed narratives, has resulted in a number of groundbreaking contemporary art works.

Most recently, Douglas received the 2016 Hasselblad Foundation International Award in Photography. He is a recipient of other notable awards, including the third annual Scotiabank Photography Award (2013) and the Infinity Award from the International Center of Photography, New York (2012).

Over the past decade, Douglas’s work has been the subject of solo exhibitions at prominent institutions worldwide, including the The Fruitmarket Gallery, Edinburgh (2014); Centre culturel canadien, Paris (2013); Minneapolis Institute of Arts, Minnesota (2012); The Power Plant, Toronto (2011); Staatsgalerie Stuttgart and Württembergischer Kunstverein, Stuttgart (2007); The Studio Museum in Harlem, New York (2005); kestnergesellschaft, Hanover (2004); and the Serpentine Gallery, London (2002).

Presented by the President's Speaker Series. 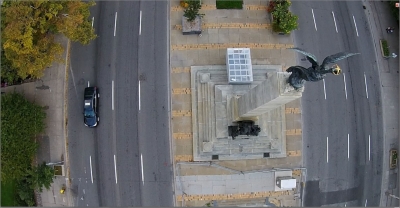 "The curatorial framework of Logs consists of exhibiting a selection of video and digital works that tackle the differences between an expatriate and [im]migrant, the contradictions between seemingly “beneficial” treaties and their material outcomes, and question terms such as “efficiency”, “nation”, and “speed”. The four artists exhibited; Rouzbeh Akhbari, Benny Hunter, Mariam Magsi and Ash Moniz are committed to these themes. Their artistic practices demonstrate a politically rigorous ambivalence towards finding solutions to these complex local, national, and global issues. This diverse group of makers utilizes first person experience working and living outside and inside their original homes as an integral framework for their work. While some focus on their perception of time as foreigners, others shine light on the struggles of navigating spaces that are programmed to suppress them. By bringing their work together, Logs hopes to present the audience with a multifaceted perspective on the historical and contemporary realities of movement." - Tak Pham, Curator - Architectural Historian - Creative Strategist

More on the CCP program: http://www.ocadu.ca/academics/graduate-studies/criticism-and-curatorial-practice.htm

More on the IAMD program: http://www.ocadu.ca/academics/graduate-studies/interdisciplinary-masters-in-art-media-and-design.htm 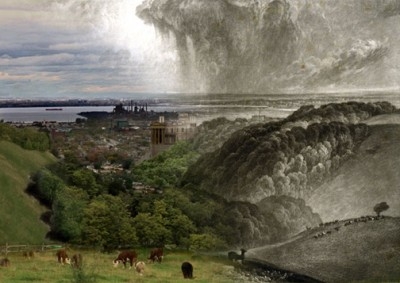 New video projections by Professor Richard Fung, a Toronto-based video artist and cultural critic, interplay recent footage from Ontario sites with 19th century paintings and engravings by J.M.W. Turner. An exhibition catalogue with essay by Monika Kin Gagnon will be available. The McMaster Museum of Art acknowledges the generous support of the Canada Council for the Arts - Media Arts Commissioning Program for this project.

The Landscapes exhibition will be complemented by an exhibition of selections from the permanent collection y J.M.W. TURNER. 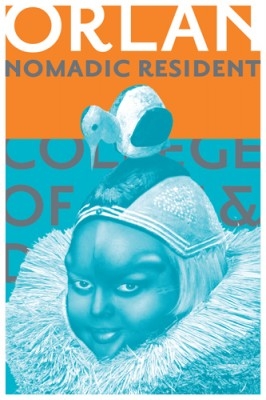 OCAD presents the exhibitions Useless Beauty and Design for the Other 90% alongside a performance by French artist and OCAD artist in residence ORLAN during Scotiabank Nuit Blanche on Saturday, October 4 from 6:52 p.m. to 7 a.m., October 5.

About ORLAN, Nomadic Resident
From plastic surgery interventions and performances to photography and digital works, ORLAN has been a formidable presence in contemporary art for over four decades. Since the 1960s, her work has transcended the numerous “posts” and “isms” of the art world’s different movements, all the while interrogating our bodies and identities, questioning art’s relation to life, and testing the lines between the real and the virtual.

ORLAN joins OCAD as its third artist-in-residence in its Nomadic Residents program from September 29 to October 3, presenting a free public lecture on Tuesday, September 30, 6:30 p.m. For details and additional information about ORLAN, please visit www.ocad.ca. 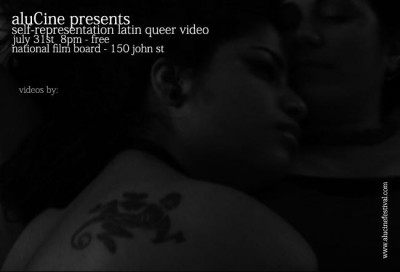 The workshops emphasize conceptual thinking using video as a tool to create 2 to 3 minutes of experimental, poetic, intimate visual narratives. Our aim is to produce works of aesthetic quality,technical proficiency and conceptual depth from a self-representation perspective. jorge lozano and guillermina buzio, instructors. 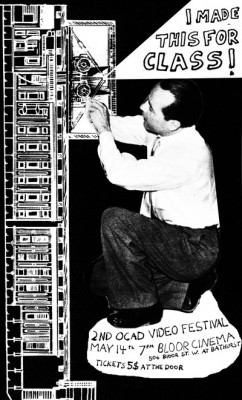 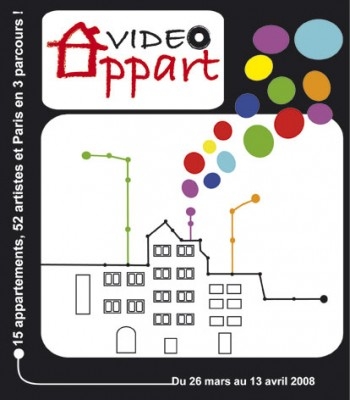 Video Appart is an exhibition where 52 artists show videos in 15 different apartments over 3 different weekends in Paris. Lyla Rye's piece, The Home Show, will be exhibited April 3-6 in
case you're flying in for a quick meal.

Island is a visual and audio portrait of the shoreline of Toronto island. This project was developed for the media festival "Intermodem" in Hungary, September 2007.
For 8 days, Jacky Sawatzky walked a section of the shoreline documenting these walks with a video camera. The videos where uploaded to a the festivals server. At the end of the festival week the walk around the island was completed as well as the video.
On saturday December 8 th at 5.14 PM the newly edited version of this video will be screened in Jacky Sawatzky's studio at Gibraltar Point Centre for the Arts on Toronto Island. The art center's van will pick people up at the Wards island ferry dock for the 4.30 PM ferry (arriving Wards at 4.45 PM). This van will return to Wards for the 6.45 PM ferry back to the mainland. For people who want to take a bike, the centre is a 15 minute beautiful ride from the Wards ferry dock. The studio is the one with the ramp facing the courtyard and a note on the door. Snacks will be served and if you want a drink, BOB. For people with severe cat allergies, at the least one cat will be present. Dogs are not welcome. (sorry!)
Excerpts of "Island" http://www.intermodem.eventline.hu/en/main.php?content=resztvevok&member...