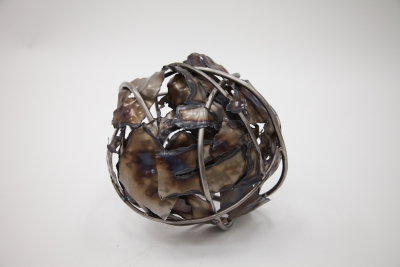 A group exhibition exploring nature by artists from fibre, sculpture, and video courses in Continuing Studies at OCAD University. Landscapes, seascapes, flora, and fauna are featured in a wide range of media.

Join us for the closing reception on Thursday, September 8, 5-7 pm. 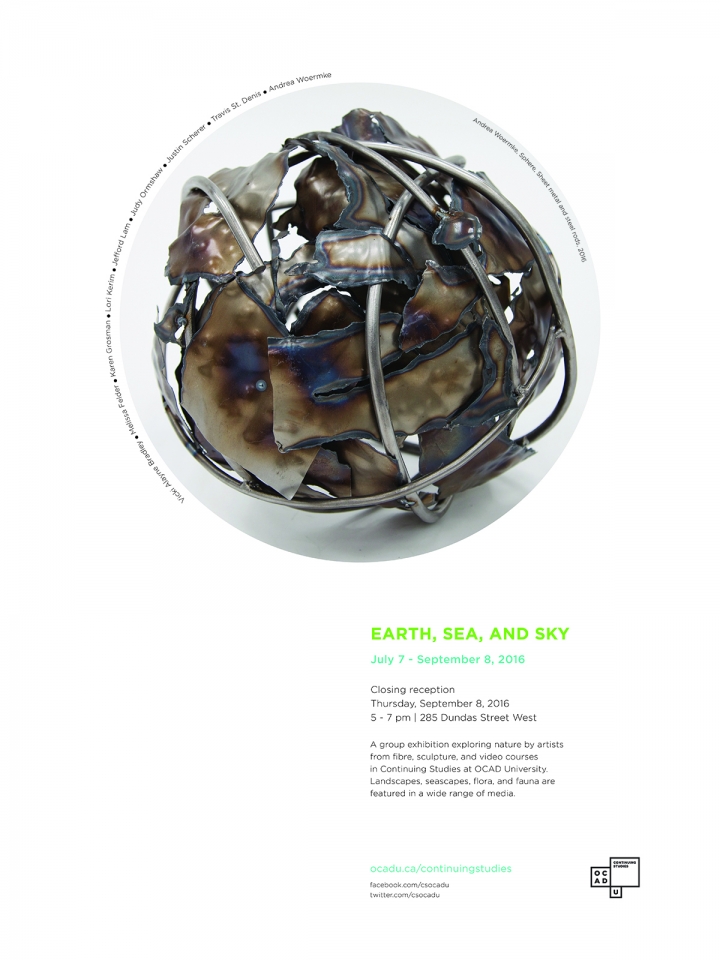 Insignificant Surfaces: a screening of videos by Colin Clark

The Loop Collective and Arraymusic co-present an informal screening of recent digital videos by Colin Clark. These durational videos quietly sound the cinematic technicity of the sea, trees, plants, animals, and people.

This event continues our series of screenings in 2016 celebrating the Loop Collective's 20th anniversary.

Colin Clark is a video artist, composer, IAMD MFA candidate, and design researcher at OCAD University’s Inclusive Design Research Centre. Since 2011, he has produced a growing body of digital videos that explore the relationships between technology, nature, and time, often incorporating custom-made image and sound processing techniques. His music has been performed by Arraymusic, the neither/nor collective, the Draperies, and his own ensembles, Lions and Fleischmop. Colin's soundtracks for experimental films by Izabella Pruska-Oldenhof and R. Bruce Elder have been shown at film festivals internationally. He has curated exhibitions with the Loop Collective featuring the work of Chris Welsby, Michael Snow, John Cage, and others. Colin also develops Flocking and Aconite, web-based creative software tools for sound synthesis and video processing used by artists and musicians around the world.

RM Vaughan is a Canadian writer and video artist based in Berlin. He is the author of many books and contributes articles on culture to a wide variety of publications. Vaughan’s short videos play in festivals and galleries across Canada and around the world. http://momus.ca/author/rmvaughan/, www.rmvaughan.ca 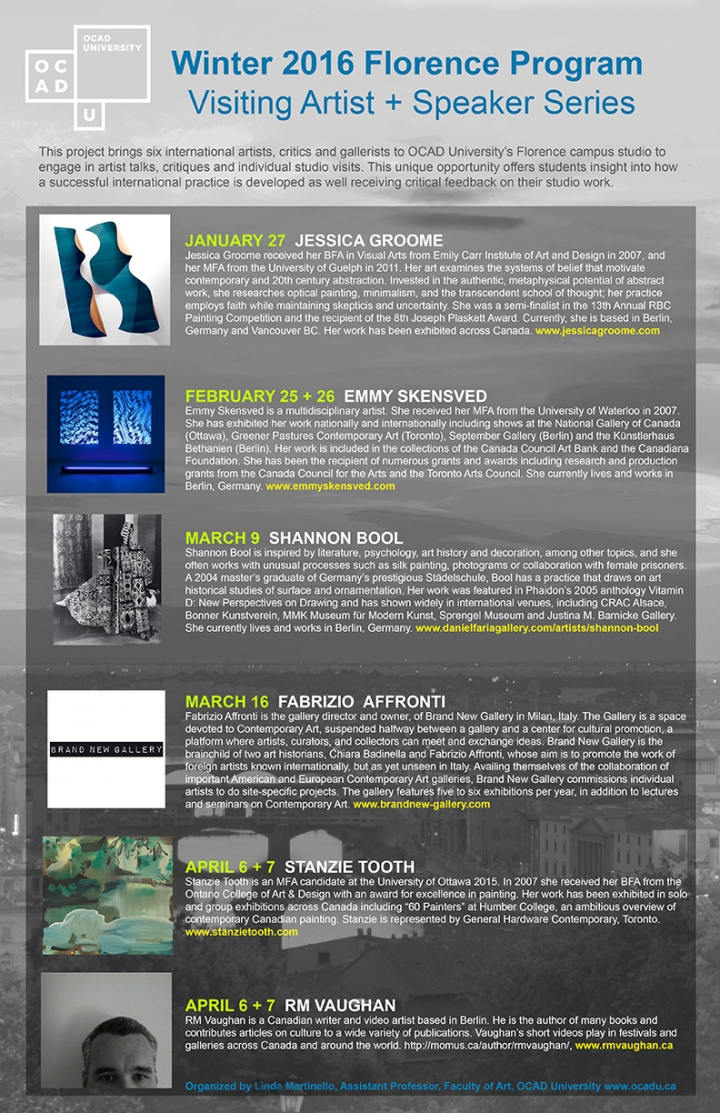 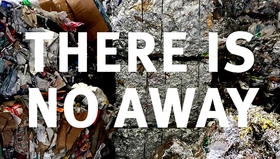 Jp King (IAMD MFA '16) and Sean Martindale (IAMD alum, MFA '10) will be presenting There is no Away, a sculpture and site-specific video installation as a "Special Project" in this year’s Scotiabank Nuit Blanche. The collaborative project examines our consumer habits and waste systems, and is sponsored by Solid Waste Management Toronto.

Jp King is a transdisciplinary media artist and scholar, whose practice-led research examines material culture, social engagement, contemporary mythology, masculinity and speculative futures. Currently, he is completing his MA at OCAD U in Toronto, operates the experimental publishing lab Paper Pusher, is a designer and editor at Papirmass, sits on the Board of Directors at Art Metropole, and most recently was the guest director of Spark Box Studio Artists’ Residency. His social practice projects have been installed at the Art Gallery of York University, Whippersnapper Gallery, and the Klondike Institute of Arts and Culture, amongst others. His collage, design and writing has been featured in publications such as Uppercase, Fast Company, Carousel, Penguin UK, and Chronicle Books. He lives in Toronto with his wife and collaborator, Kirsten McCrea.

There is no Away will be on view at Nathan Phillips Square on October 3, 2015, from sunset to sunrise.
http://www.scotiabanknuitblanche.ca/project.html?project_id=1583

MAAD Faculty's Meghan Price has stepped off the fibre path and into the world of live-stream video with her latest project called "Watching Rocks".
This will stream live from The Banff Centre as part of the Running with Concepts: The Geologic Edition event.

A TWO DAY HYBRID EVENT WITH THE FOLLOWING DISTINGUISHED MENTORS:

SELECTED PRESENTATIONS:
Nicole Clouston & Quintin Teszeri, The Ecology of Mud
Karina Irvine, Your Nature is Uncanny: Temporality and Humour in Rosemarie Trockel’s "A Cosmos"
Marc Laflamme, The Ediacaran Extinction: The First Mass Extinction of Complex Life
Gwen MacGregor, Productive Failure
Jaclyn Quaresma, “Or do you not think so far ahead? Cause I’ve been thinkin' 'bout forever…”
Aislinn Thomas, Rock Disguises (for rocks and humans)
Man-Yin Tsang, Sinking from the seafloor
Amanda White, What’s it like to be a plant?
Sean Smith, F---CKING: Aporetic Speculations in Geophilosophy and Aesthetics
Hosted and moderated by Christine Shaw (Director/Curator of the Blackwood Gallery).
This hybrid event is part-workshop, part-conference, part-crit session, part-master class, part-experiment, part-chance composition. The event is founded on the following questions: How do ideas take form? How does one embark on the process of extracting, editing and distilling an idea into a presentable format? These types of questions are found in all disciplines.
In the third edition of this serial event, we seek to engage transdisciplinary debates and studies of the geologic as source of explanation, motivation, and inspiration for understanding and responding to conditions of the present moment. Recent natural and human-made events triggered by or triggering the geologic have made volatile earth forces perceptible and relevant with new levels of intensity. How can the arts, sciences, and humanities contribute to a critical awareness and understanding of these transformations?
This intensive two day event will be led by the six invited mentors and feature presentations by graduate students, recent alumni, artists, and scholars selected from the submissions we received.
This event is connected to the exhibition The pen moves across the earth... held concurrently at the Blackwood Gallery from September 16 to November 29, 2015.

FEE: $40 for both days
Includes lunch and transport from downtown Toronto
*Free for presenters and current U of T students (with valid TCard) 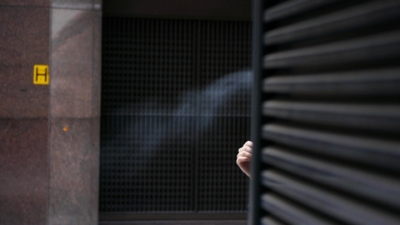 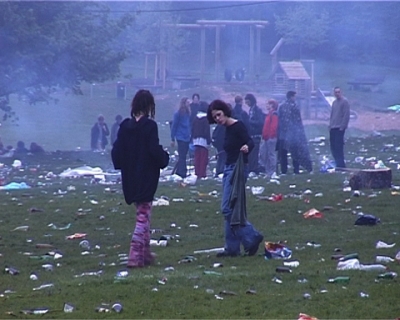 Renowned Berlin video artist Nina Könnemann is offering critiques and workshops to Integrated Media students at OCAD University as part of the InterMedia Artist-in-Residency, a collaboration between OCAD U, the University of Toronto’s Visual Studies at Daniels and the Goethe-Institut. The residency, which runs until November 14, also includes a series of public events, including a screening, artist talk and culture talk.

The residency provides a unique opportunity to examine the worlds Könnemann documents in her works and consider her process and techniques, often described as deceptively simple. Though Könnemann doesn’t use special effects, there’s a destabilizing and disorienting quality to her work that captures imaginations and attention around the globe. Her work shows multiple times a year, both in smaller galleries and in high profile solo shows, including at MoMA in New York and the Camden Centre in London. A retrospective of her work is planned at Kölnischer Kunstvereine, Cologne in 2014.

Playing with time and reality

When writing about Könnemann’s work, critics and reviewers frequently describe the disruption it creates. Viewers can take realism for granted in video, which makes the destabilization in her work ever more powerful and unusual, especially when she’s shooting what seems to be everyday occurrences and events, like people milling around in parks and urban plazas.

“Rarely have I felt so lost as in viewing the videos of Nina Könnemann,” says Noemi Smolik in Artforum magazine. “Lost, because I couldn’t determine the place or the time period in which they were filmed, or even what was taking place in them. Were the events I was observing real, or had they been staged? In this footage, reality seemed to blend into fiction — or was it fiction blending into reality?”

Könnemann’s work, which also examines themes of time, urbanism, globalism, exclusion, public excess and public spaces, creates a sense of unhinging described by Jan Verwoert in Frieze magazine: “Konnemann’s videos make you feel that it takes no more than a gentle slip of the hand or askew glance for reality to unravel. And when the matrix of orchestrated events that regulates social performance does start to come undone, time starts to flow away, space becomes indistinct and the body manifests its intensities in surprisingly minor actions.”

At the same time, Könnemann’s oeuvre can provide meaningful glimpses of what is real, and how things actually are. Turning the commentary upside down, Katha Schulte notes, in an essay in Zusammenhage: “The dramaturgy of a Könnemann video presents events from their peripheries and interstices, now and then even from the point of view of their absence. The Real peers through the gaps, grimacing.”

The InterMedia Artist Residency builds on the success of the CrossMedial Residency, developed and organized by the Goethe-Institut Toronto and the OCAD U and the Goethe-UofT InterMedia Residency. Previous guest artists include Lillevan, Carsten Nicolai and Olaf Bender, Nina Fischer and Maroan el Sani, and Daniel Kötter.