Colette Laliberte is an artist and Associate Professor at the Ontario College of Art and Design University, Toronto (OCAD U). She teaches drawing, painting, installation and site-specific art interventions. From 2004-2006, she was the Chair of First-Year Studies; from 2006-2008, she held the position of Assistant Dean; and, from Sept. 2014 to Dec. 2015 she was Interim Associate Dean, Academic Affairs, Faculty of Art Colette Lalibert"has been exhibited nationally and internationally.

Our Space is Vast 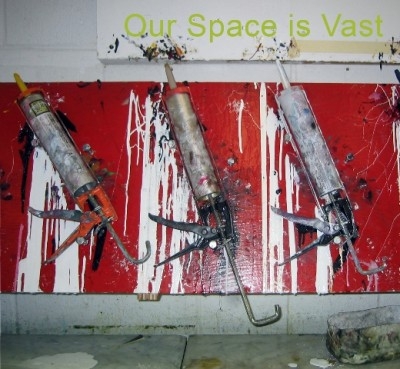 An exhibition of wall work interventions from the students enrolled in the 4th Year course 'Painting in the Expanded Field' held in Transit Space and in Satellite Spaces on the second and third floor at 100 McCaul.
Called to the preposition of 'Painting in the Expanded Field,' a band of nascent explorers give sight to the vastness laid before them. Modulating place into conjunction, the collaborative tether of the shared experience unfurls the spatial referrant of the gallery; bridging sites of the greater institutional environment, satellite installations give presence to proposition that the expanse of the extra-disciplinary is one best travelled together. (Patrick Phillips) 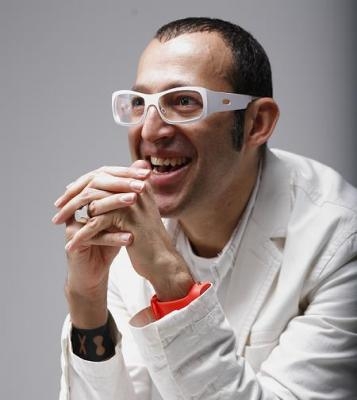 The OCAD Professional Gallery will showcase a selection of Rashid's more than 2000 designed objects that have been put into production, as well as custom-designed ceiling and wall treatments created especially for the gallery and the exhibition.

OCAD recognized Rashid's extraordinary career with an Honorary Doctorate in 2006. Other awards include the 2005 Honorary Doctorate from Corcoran College, 2005 Pratt Legends Award, 2004 A.D. Dunton Alumni Award of Distinction from Carlton University's Alumni Association, 2002 ID Magazine Annual Design Review Best of Category, and 2003 best Retail Store in the USA. His work is in the permanent collections of major museums around the world, including New York's Museum of Modern Art and the San Francisco Museum of Modern Art. Rashid has taught at the University of the Arts in Philadelphia, the Pratt Institute, Rhode Island School of Design, and OCAD, and is a frequent guest lecturer at universities and conferences globally. He has published several books; his most recent entitled Design Your Self is published by Regan Books.

All are welcome; admission is free. Presented with the generous support of M.C. McCain.
Gallery Hours: Wednesdays to Fridays, 1 to 7 pm; Saturdays and Sundays noon to 6 om; closed Mondays, Tuesdays and holidays.