Why isn’t fashion taking part in the wearable tech revolution? 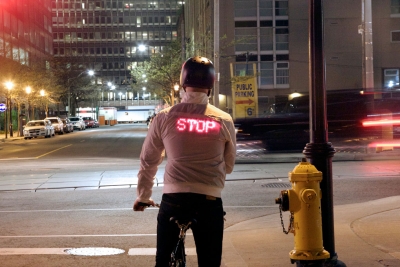 The challenges and barriers in making fashionable clothing with wearable technology

By Robert Tu, founder of MeU, a wearable technology company

Wearable tech is a hot topic these days, especially with the release of the Apple Watch. But most devices on the market today are focused on fitness, health or gaming and are not considered fashion pieces (with the exception of the Apple Watch). So what about fashionable clothing and wearable tech? When are we going to see that?

There are companies that are exploring fashion and wearable technology. Most of them are embedding LEDs in textiles such as Cute Circuit in the UK, which makes video dresses for celebrities and other high end clients. There’s also Switch Embassy that is developing a social t-shirt that can display tweets, photos and other social media data on your shirt. And finally there’s MeU, which has developed wearable digital signage for advertisers and experiential marketers.

Getting the average consumer to adopt this kind of clothing has proven difficult. One of the major reasons is social acceptance. People are not ready to wear flashing lights as a fashion statement yet. And even if they were, the price of these products is not accessible to the average person.

This is because the fashion industry and the tech industry are from two completely different worlds. Getting them to collaborate to make an affordable product will take time as each needs to learn the other’s cultures, customs and processes. Another major challenge is the product life cycle of the two industries. The fashion life cycle is seasonal whereas hardware electronics is annual, and we haven’t found a way to resolve these two differences.

That said, a recent announcement by Google and Levi’s sounds promising. Google announced a partnership with the iconic jean company wherein they’ll make clothing out of Google’s new smart fabric material. The possibilities are interesting.  You could answer your phone by swiping on your sleeve, or take a selfie by touching your pocket.

It will be a while before we see fashionable clothing with embedded technology at our local clothing stores, but it will happen. It’s just a matter of when.

You can learn more about wearable tech — and make your own — by registering for Robert Tu’s Introduction to Wearable Media course as part of OCAD University’s Continuing Studies.

Robert Tu is a graduate of OCAD University’s Graphic Design program. He also has a degree in electrical engineering from the University of Waterloo, and worked as an engineer for a number of years before transitioning into business development at IBM. Since graduating from OCAD U he founded MeU, a wearable technology company that is developing socially interactive clothing. As a designer, entrepreneur and engineer, Tu is interested in exploring the way we perceive clothing and how wearable technology can change our behaviours and interactions with each other and our environment. 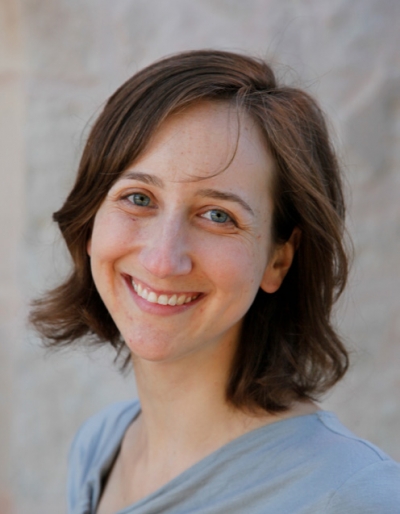 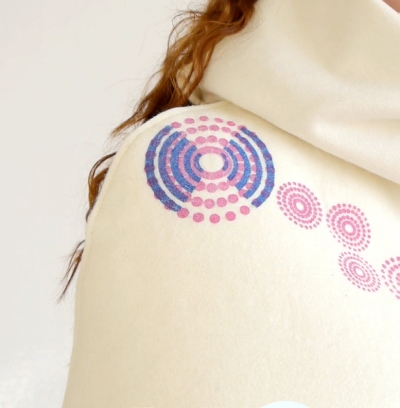 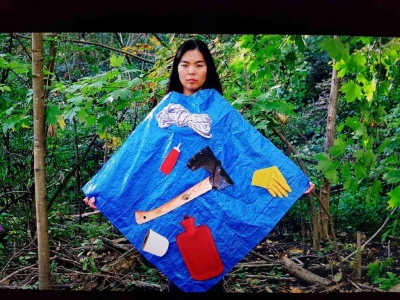 Kate Hartman, recipient of the 2013-2014 OCAD University Award for Excellence in Early Stage Research, Scholarship and Creative Activity and Associate Professor from the Faculty of Interdisciplinary Studies, will be presenting a talk titled "Inside the Social Body Lab."

What is it like to pursue design and technological prototyping activities within the research environment at OCAD University? In this presentation, Kate will discuss the first five years of the Social Body Lab — OCAD U’s lab dedicated to body-centric technologies in the social context. Topics will include an overview of the lab’s activities, an introduction to the team and how they work, and a deep-dive case study of the development of Monarch — a muscle-activated kinetic wearable. Finally, Kate will address where the lab sits in the current wearables landscape and introduce areas for future development.

Bio:
Kate Hartman is an artist, technologist, and educator whose work spans the fields of physical computing, wearable electronics, and conceptual art. She is the author of the recently published book "Make: Wearable Electronics". Her work has been exhibited internationally and featured by the New York Times, BBC, CBC, NPR, in books such as "Fashionable Technology" and "Art Science Now". She was a speaker at TED 2011 and her work is included in the permanent collection of the Museum of Modern Art in New York. Kate is the Associate Professor of Wearable and Mobile Technology in the Digital Futures program. There she founded and directs the Social Body Lab, a research and development team dedicated to exploring body-centric technologies in the social context. She is also the Un-Director of ITP Camp, a summer program for grownups at ITP/NYU in New York City. Kate enjoys bicycles, rock climbing, and someday hopes to work in Antarctica. 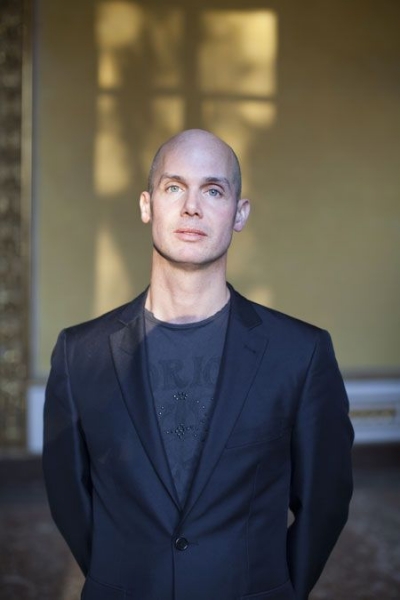 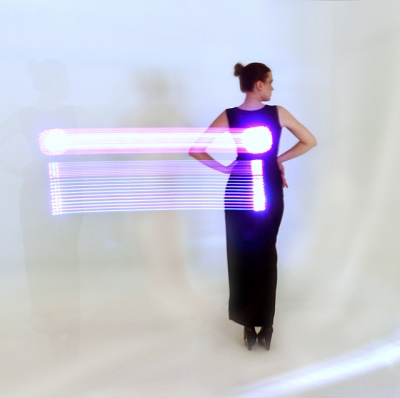 Fashion writer and design expert Bradley Quinn spoke to a packed auditorium of 300 OCAD U students, faculty, media and fashion aficionados on February 24, 2015. Thirty-year fashion journalist Jeanne Beker introduced Quinn and moderated the Q & A after his hour-long talk.

Quinn described advances in wearable technology since the first clunky attempts he saw at MIT in the mid-nineties. Most people just think of coloured LED lights sewn into clothes, he says, but, “Now the technology can engage with the wearer and interact in a different way where it can actually tell how the wearer feels. This is a huge shift.”

Advances in nanotechnology mean that microchips are increasingly robust and affordable. Inventions like programmable upholstery measure the consumer experience and send data to corporations for use in future designs. Three-D printing is another driver in wearable technology because of the ability to print conductive materials.

Quinn predicts a “radical shakeup” in the fashion industry five years from now. He says that the fashion graduate today is graduating with “a completely different skill set,” and can code, incorporate algorithms in their design process, and experiment with a wide range of technologies. “They are changing the fashion industry today,” Quinn told his audience, “more than the graduate of only six yrs ago.” 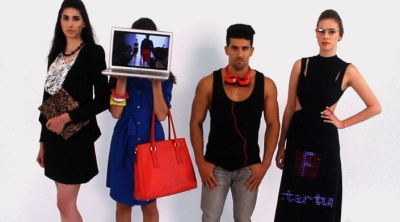 Startup Fashion Week is all about Fashion, Technology and Business.  Join us at our Future of Fashion Runway Showcase & Closing Party. This event will support our charity partner Windfall Basics, who have recently launched their campaign for WearWhite4Women. The first 50 guests to bring & donate new health care produsts upon arrival to raise awareness for their campaign will get a swag bag!  Note that there is ample FREE PARKING behind the venue in a parking lot!

For more info on our events happening on Oct. 7 & 8 please see:www.startupfashionweek.com/events

Join us to celebrate Startup / Emerging Designers as they showcase their collections on the Runway.  This is not just any ordinary showcase - we will also feature aspects of technology into the Runway experience.  Participants are from across Ontario and the US.

After the Runway show we will celebrate the 3 Day Launch of Startup Fashion Week with our Closing After Party, which will include the following: