Exploring opportunities in legal technologies to foster Access to Justice for today and into the future. Legal technologies today are disrupting law firms and how they work, creating efficiencies, new services and new ways of working. However, Canada is largely still waiting to see this innovation address the deep access to justice challenges of people facing everyday legal problems. This project focuses on understanding the opportunities and challenges facing legal tech entrepreneurs in access to justice. At this point in the research project, we are interested in the perspectives and insights from the following: Legal professionals Professional intermediaries who assist others with legal questions and issues Legal Tech Innovators Members of the public who are or have been self-represented litigants.

The goal of this project is to open up new opportunities for positive legal tech impact on the access to justice crisis in Canada, by exploring the existing barriers to innovative entrepreneurship and building future models that support increased access to legal conflict resolution.

Tech disruption has arrived in the legal sector and has started to make a significant transformational impact. Legal tech innovations are creating customizable products, challenging the service monopoly historically held by a small number of large firms, introducing machine-driven contract review, case research and AI-supported legal analysis. For the most part, these innovations have been developed for law firms and in-house corporate legal departments with many big firms purchasing and embedding start-up technologies into their operations. While legal tech is improving lawyers’ workflow and business model, it is not yet improving people’s lives or access to legal conflict resolution on a larger scale.

This project is a partnership between: Super Ordinary Laboratory, OCAD University, and CALIBRATE Solutions. It is funded by The Law Foundation of Ontario. For more information, please contact stillwaiting@ocadu.ca.

Interactive and Digital Media includes a variety of content development sectors including Film, Video Games, TV, and Web/App Development. The gender violence that we have come to associate with gaming content and game-makers’ working culture is not an outlying issue; rather, it should be understood as the most notorious of everyday, ongoing outputs and conditions across ICT sectors. As Entertainment or other communication media evolve, we see the same gender difficulties across these domains. Silicon Valley, a major hub of entrepreneurialism and innovation in ICTs, is also rapidly becoming infamous for its anti-women culture. Now this culture is spreading geographically. There are countermovements that value diversity in workplaces and are aware of gender bias as a contemporary problem that must be addressed in order to ensure growth and accountability for equitable gender access and experience in ICTs. A public discourse is growing in recognition that we must confront these barriers to women’s success and, encouragingly, that there are many actions that we can take to forge an alternative future that acknowledges, supports and reaps the benefits of full integration of female innovators in the field.

Our results show that concerned people and organizations must take consistent action across spheres of education, industry and beyond for the culture and climates of ICT & I&DM industries to improve in regard to women.  Currently, ICT & I&DM work environments and outputs are inhospitable to women, fail to properly train them, create life/work imbalances, fail to celebrate and promote women, and miss out on opportunities to make media content and ICT outputs more inclusive. For these reasons, it is imperative that the findings of this report are disseminated widely to, and supplemented by, ICT & I&DM stakeholders, including industry leaders and workers, as well as: members of community groups dedicated to girls and women’s training; leaders and teachers in educational organizations at the primary, secondary and post-secondary levels; and public and private media leaders.  In fact, we encourage the broadest possible dissemination of these findings to the general public.

Success will depend on broad and dispersed efforts, across all related sectors, to encourage ongoing attention to gender-related problems. Remedies are necessary in: educational curriculum and hiring practices; media reporting; industry and governmental hiring and promotion practices in ICT and I&DM sectors; and in public conversations regarding fair and compassionate treatment of women in homes, social spaces, schools, community and at work.

On August 21st 2015, The Mission Business Inc. (TMB) - a Toronto-based foresight, design, and innovation consultancy - delivered a workshop intended to surface, circulate, and capture stories from female tech, internet, and digital media entrepreneurs in Ontario. This was one phase of a project, called fem-LED, run by the Super Ordinary Lab inside the Ontario College of Art and Design, and was enabled by support from the Ontario Media Development Corporation.

Purpose of the workshop was to:

At a high level, the purpose of the workshop shared by TMB and OCAD-U researchers was to create a sense of community within a network of female entrepreneurs working in the ICT / I&DM industries in Ontario, and to explore with that group the causes of women dropping out of leadership positions in Ontario companies.

The group of participants who attended the workshop were brought together in the context of a speculative narrative designed by TMB, in order to give all of the women in attendance permission to share stories during the course of the workshop’s proceedings. This narrative introduction was delivered by Dorothy “Dot” Drummond, the CEO of a fictional company called 4Corp created by TMB for workshops and online education programs. 4Corp’s products and services set the company in a futuristic context, but it faces the same challenges that ICT / I&DM companies in Ontario have today, as highlighted in other phases of the Fem-LED research project.

Game studies is the relatively new and multi- and inter-disciplinary academic field of studying games, game design, game players and their role in society and culture more broadly.

To date the themes addressed by feminist game studies can be sketched as work on gendered activity in digital games and feminine preference in play style and game characteristics. Other key studies look to gender equity in game making and to the wider context of access to games. From Brenda Laurel's work in the early 90s (Yates & Littleton, 1999) onwards (long pre-dating any such thing as games studies); critics, commentators and the academy have offered theories and observations on the difference in play habits, styles and consumption of digital gaming exhibited by women and girls. Yet much of the work that has been carried out, seemingly in isolation in the U.K., U.S. and Europe, has cycled through repeating debates on representation, equity and access. For example, some research points to specific gender preference in play style whereas Jenson’s and de Castell’s (2008) work shows that these differences can be more about novice players than about gender. Jenson and de Castell (2008) urged researchers to "rethink the assumptions and presumptions of work on gender and gameplay.." in a call to acknowledge the always situated context of gameplay and game research in order to frame a solid foundation for future work, whether theoretical or practical. 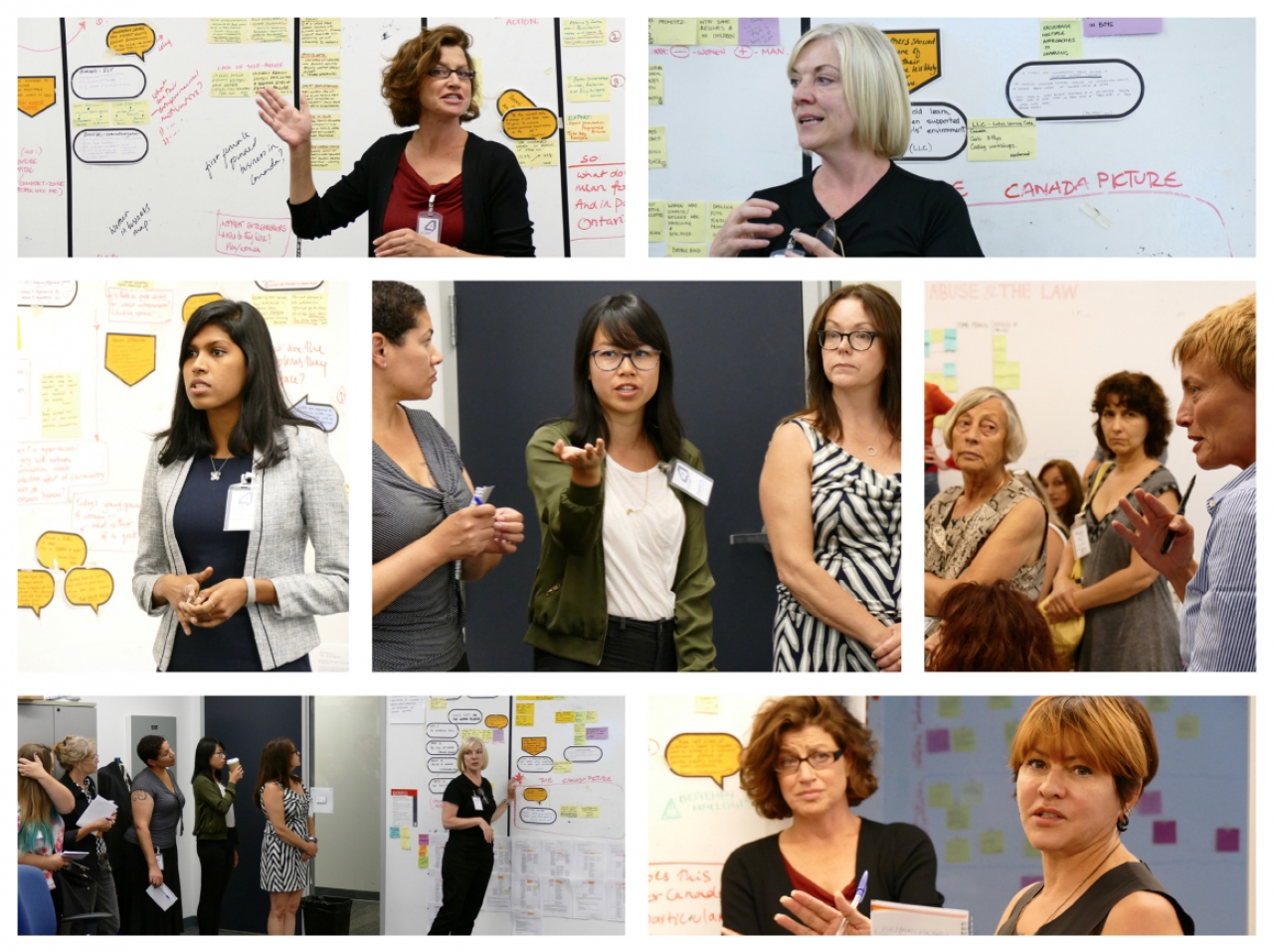 Tweetris -- pairs compete in front of a large display to make random Tetris blocks (Tetrominos). A picture is taken of the winner of each round as they make the shape, and this is tweeted to TweetrisTO. Anyone can play a game of Tetris using these Tetromino images in real time on their smartphone or web browser. This was a curated exhibit in Scotia Bank Nuit Blanche on October 1, 2011, and has since been demoed at the Digifest 2011 conference, Dalhousie University Open House, and will be submitted as an art exhibit to TEI 2012. Research is currently underway to examine factors impacting gameplay (setting, audience participation, observation of prior players) over the course of Nuit Blanche.